Despite Warnings, Codeine Still Prescribed To Children In ER 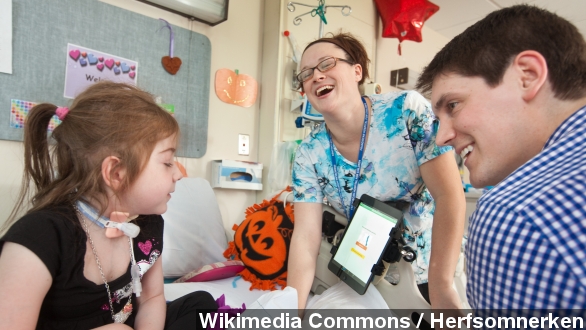 SMS
Despite Warnings, Codeine Still Prescribed To Children In ER

​It's dangerous, over-prescribed, and often ineffective — those are the findings of a new study on a drug prescribed more than half a million times per year to children visiting the emergency room between 2001 and 2010.

"There's a growing concern about the dangers of giving codeine to your children. The drug is used to treat a painful injury or severe cough." (Via WRC-TV)

According to a new report from the American Academy of Pediatrics, children were prescribed the painkiller codeine between 500,000 and 900,000 times per year during emergency room visits in the period studied. (Via Pediatrics)

Now, it's not quite as bad it initially sounds. Only 3-4 percent of children visiting the ER were prescribed codeine, but doctors still say that number is far too high. (Via Fox News)

Quoted by RedOrbit, the study's lead author says, "Despite strong evidence against the use of codeine in children, the drug continues to be prescribed to large numbers of them each year."

As Bustle reports, codeine is what's called a "pro-drug" that’s metabolized into morphine in the liver. And it's how children metabolize the drug that tends to cause problems.

Again, according to the study's lead author, some children will "metabolize [codeine] in a way that they get no effect at all." (Via USA Today)

While, conversely, the medical director of Gramercy Pediatrics in New York tells CBS, "Some children can ultrametabolize this, which means they rapidly convert it to morphine, and that could lead to respiratory suppression and eventually death."

According to NBC, the drug has led to 10 deaths in children ages 9 and younger in recent years.

Which led the FDA to issue a warning against the drug in 2013 — urging health care professionals to prescribe alternative painkillers such as hydrocodone and ibuprofen after routine surgeries. (Via WTVR)

According to CBS, some 25 million children visit the emergency room each year. The study was published in the journal Pediatrics.