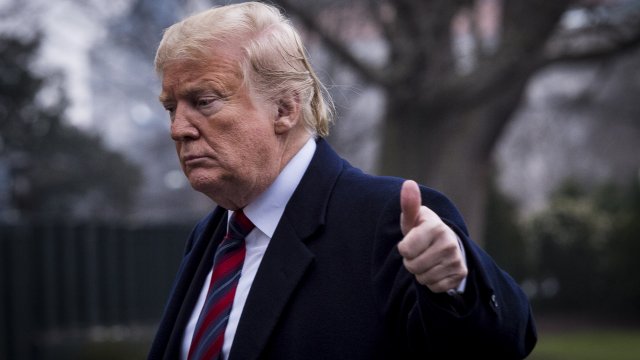 SMS
The Economic State Of The Union Is Not Strong For Most Millennials
By Bianca Facchinei
By Bianca Facchinei
February 4, 2019
President Trump says the economy "is stronger than it's ever been," but many young Americans are struggling to keep up financially.
SHOW TRANSCRIPT

"It's said now that our economy is the strongest it's ever been in the history of our country," President Trump said at the White House in August.

But many millennials aren’t sharing in that economic prosperity. From college debt to stagnant wages and rising rents, Americans ages 23 to 38 are in some ways worse off than the generations before them.

“As a millennial, I think the current state of the U.S. economy is just different. Things aren’t really working the way they used to for young people," said Cody Hounanian, 27, a program director in California. 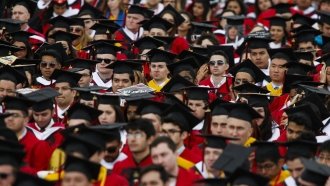 Hounanian is one of an estimated 44 million Americans who graduated college with student debt. While millennials are not the only generation to take out loans to pay for higher education, they have needed to take out the most. Since the 1980s, the cost of a four-year degree from private and public colleges jumped 400 percent and 571 percent, respectively.

"Because of my student debt, I had to completely change really the course that I had set for my life since a very young age," Hounanian said.

One of the first victims of the student debt crisis was homeownership. Researchers found that having it dramatically lowers what the typical renter can afford to buy in today's market, and it's evident in the numbers.

It is true that wages have risen under Trump, but they're still nowhere near what they used to be. A New York Times analysis found that people between 25 to 34 earned less in 2017 than people of the same age made 17 years ago. So after racking up college loans, millennials are entering the workforce to receive pay that's barely budged in decades, making saving much harder.

“I work what’s considered to be a decent job, solidly middle-class income. Yet I’m still living paycheck to paycheck," said Melissa Haggerty, 24, who works in risk management in Illinois.

Since millennials continue to feel squeezed financially, they're also delaying major life milestones like marriage and family planning. By the end of 2019, they'll become the largest generation in the country, which means their financial insecurity could pose a bigger challenge to the economy as a whole.