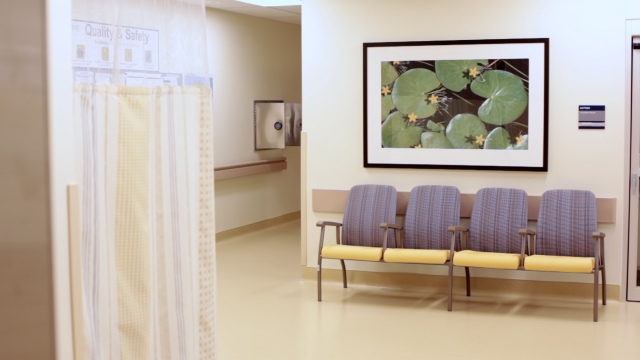 SMS
Despite Pandemic, Doctors And Nurses Facing Furloughs And Unemployment

By Cat Sandoval
May 1, 2020
Health care is supposed to be a secure industry, but some doctors and nurses face unemployment, furloughs and pay cuts.
SHOW TRANSCRIPT

During this pandemic, some health care workers have been furloughed, have filed for unemployment or had their hours cut. Even some medical practices are at risk of permanently closing.

Kelly Duncan is a traveling nurse on assignment to temporarily fill in where she's needed, but her hospital contract was canceled. She took another nursing assignment. But she's still worried.

Duncan: "There's a high chance that they'll still be canceling my hours." 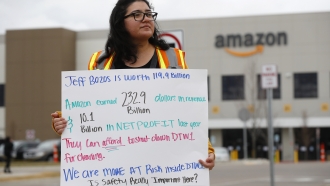 Around the country, some hospitals are losing money due to stay-at-home orders and patients and medical practices canceling and postponing non-emergency care like check-ups and elective surgeries. With profits diving, hospitals are cutting costs by cutting payroll.

Kristina Medeiros: "It's not the greatest time to pursue that dream, because I did not expect it going this way at all."

Traveling nurse Kristina Medeiros has been unemployed for eight weeks. Two of her contracts have been canceled. She's now on her third contract, and its start date has been delayed. 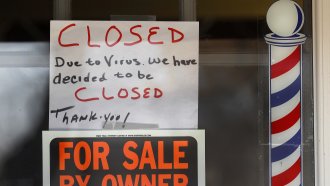 National Nurses United union tells Newsy "there is no reason to lay off or furlough nurses," saying, "it is shortsighted to be sending health care workers home."

Around the country, 221 hospitals have furloughed workers. And while Congress allotted hospital funding through the CARES Act, health care leaders say it's not enough. The American Hospital Association says Illinois hospitals are losing an estimated $1.4 billion a month. In Ohio, it's $1.27 billion per month. Those kinds of losses can lead to unemployment. In March, the Department of Labor says 43,000 health care jobs were lost. For some doctors and nurses, the pressures of the pandemic are providing an eye-opening insight into the business of health care.

Dr. Osameude Osemwota owns her own private practice. She had to cut staff hours by 50-75%. Osemwota said: "We, as health care professionals, we're not really trained to see patients ... as revenue. But when you get into a situation like this, you realize that if you aren't seeing patients, you're not getting any income. We're not getting income, ... you're not able to pay your staff."