Ask The Experts: There Are No Easy Drug Price Fixes 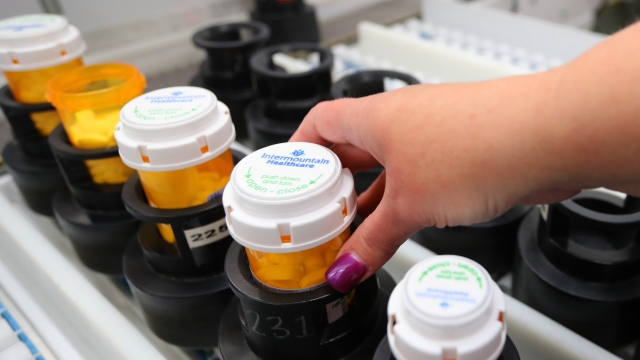 SMS
Ask The Experts: There Are No Easy Drug Price Fixes
By Cliff Judy
By Cliff Judy
June 24, 2019
Lowering drug prices is tough enough already. When it might include a big political cost, lawmakers are hesitant to make significant change.

Bringing down prescription drug prices in the U.S. has become a major political talking point the last few years — a rare opportunity for a bipartisan "win" for both Congress and the White House.

But while decreasing the cost of drugs is incredibly popular with voters and President Trump has made bringing down drug prices a priority, politicians haven't landed on a concrete way to fix high prices.

"It's cliche to say the devil is in the details, right?" says University of Missouri assistant professor Jake Haselswerdt. "But here, the details are really everything. Saying we want to bring down prescription drug prices is fine, but that doesn't have any content. You know? What are you willing to do?"

There are several reasons for the complexity, from Big Pharma's powerful lobbying arm, to the disjointed American health care system, to distrust between political parties. There are also dozens of proposed solutions to bring down drug prices: changing patent laws, encouraging generics, price transparency, etc.

In this Ask The Experts, Haselswerdt of the Kinder Institute on Constitutional Democracy examines one of the commonly cited proposals: allowing Medicare to negotiate drug prices.

Haselserdt dives into the complexity of the American prescription drug system and why it'll still take politicians with the backbone to stand up to intense criticism before a vastly unpopular problem is dealt with seriously.

"You have to think from the standpoint of a politician," says Haselswerdt. "Am I really going to sign on for this bipartisan initiative and put my political capital on the line, where not only will the industry start saying nasty things about me, but I'm giving ammunition to folks on the other side of the aisle as well?"

The Memorial Sloan Kettering Cancer Center has dedicated a tracking site The Drug Pricing Lab to many of the proposed solutions to bring down drug prices.