Epstein Is Dead, But The Case Around His Alleged Abuse Continues 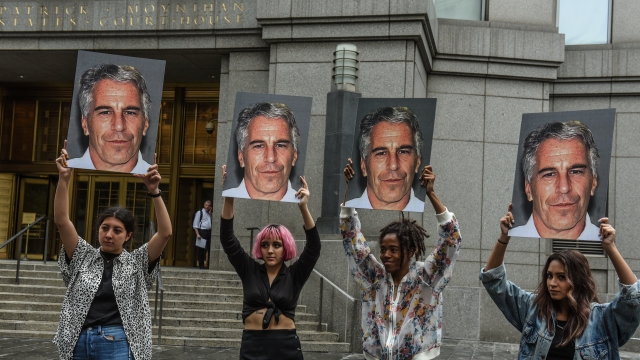 SMS
Epstein Is Dead, But The Case Around His Alleged Abuse Continues
By Peter Hecht
By Peter Hecht
August 13, 2019
The FBI raid of his Virgin Islands home underscores that the investigation into Epstein and his possible accomplices is carrying on.
SHOW TRANSCRIPT

Jeffrey Epstein is dead. So why was the FBI raiding his private island Monday? Why are attorneys for the girls and young women who say he abused or trafficked them still demanding justice?

The ongoing actions themselves provide the answer: The legal saga of Jeffrey Epstein is far from over.

On one hand, Epstein's death at the Metropolitan Correctional Center in New York means the criminal case against him is over. The Wall Street financier could have faced up to 45 years in prison if he were convicted of trafficking and sexually abusing girls as young as 14.

On the other hand, Attorney General William Barr, who is demanding an investigation into Epstein's death, has pledged to continue the investigation into the abuse scandal and alleged trafficking of underage girls. Legal observers say both the criminal investigation and civil cases will target people who may have aided Epstein in the scheme.

In July, the federal government signaled its intent to confiscate Epstein properties, including his seven-story New York mansion, that were allegedly used for sexual abuse of minors. Authorities may still take civil actions against his estate, and some of his accusers' lawyers are pledging to do the same.

Attorney Lisa Bloom, who represents three of Epstein's accusers, called for the freezing of his assets. She said on Twitter: "Give his entire estate to his victims. It is the only justice they can get. And they deserve it. And on behalf of the Epstein victims I represent, I intend to fight for it."

With Epstein's cause of death still under investigation, there may be still another case around him. Legal observers say his family may target the Manhattan prison for violating Epstein's 14th Amendment rights to due process by failing to prevent his apparent suicide.