Despite A Vocal Student History, Is Free Speech Being Muted On Campus? 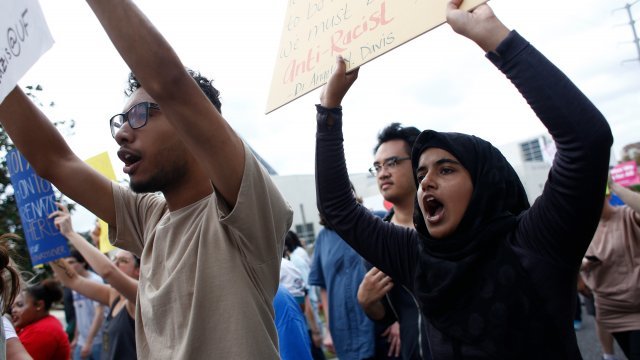 It was October 1964 at the University of California, Berkeley. Many returning students had spent the summer on voter registration drives in the South, and they wanted to set up information tables to tell others about the civil rights struggle.

There was one big problem: They were barred by university policy from political activity on campus.

Students ignored the policy, leading to arrests and protests. Months later, in a push to reopen negotiations with administrators, thousands of students gathered, and on the steps of Sproul Hall, graduate student Mario Savio said: "There's a time when the operation of the machine becomes so odious — makes you so sick at heart — that you can't take part. You can't even passively take part."

The "energy the FSM [free speech movement] unleashed spread through campuses across the country, with protests and 'takeovers' everywhere from San Francisco State to the University of Michigan to Columbia and abroad," according to the San Francisco Chronicle in a write-up on the 50-year anniversary in 2014. 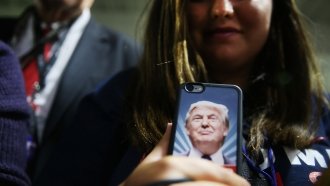 But in a sense, what's happening on many campuses today is the opposite of what happened at Berkeley.

Students there resisted administrators and won the right for speakers of all kinds to share their ideas. Now student activists on some campuses are demanding that administrators police speech, including what's said in classrooms or just on campus.

The goal today for many activists is to provide "safe spaces" away from offensive language and to provide "trigger warnings," which could include telling students when potentially upsetting material will be presented in class.

Campus speech, especially invited speakers, has long been controversial. A few examples from the past:

— Peace activists picketed a speech by retired Gen. Norman Schwarzkopf at the University of Northern Iowa in 2002. He was there to talk about the difference between the Persian Gulf War and the war against terrorism.

— A pie was thrown at Ann Coulter when she spoke at the University of Arizona in 2004.

— Ten years later, Condoleezza Rice pulled out of a Rutgers address following protests over her role in the Iraq War.

Despite all the headlines you see citing "liberal intolerance," a majority of college presidents still support unfettered speech, according to an American Council on Education poll. Ninety-six percent of them say colleges should "allow students to be exposed to all types of speech, even if they find it offensive or biased."

The University of Chicago responded famously in 2015 with "The Chicago Statement." It declares that "concerns about civility and mutual respect can never be used as a justification for closing off discussion of ideas, however offensive or disagreeable those ideas may be to some members of our community."

Since then, more schools have co-signed on that sentiment.

University free speech has a tumultuous legacy in America. But that's not surprising. Free speech itself — the marketplace of ideas, even offensive ones — is about as colorful as it gets.