'Despacito' Was Dethroned 1 Week Short Of Setting A Billboard Record 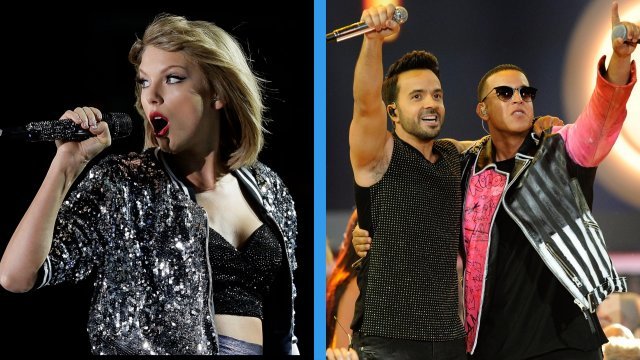 "Despacito" — the song that just won't go away — needed just one more week to set a record for most weeks at the top of the Billboard Hot 100 chart.

And then Taylor Swift swooped in.

Swift released her revenge-focused "Look What You Made Me Do" late in August and quickly set her own records on YouTube and Spotify. On Tuesday, the song dethroned Luis Fonsi and Daddy Yankee's "Despacito" as the No. 1 song on the Billboard Hot 100. "Despacito" had been sitting in that top spot for four months. 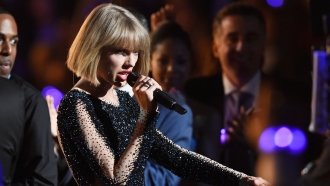 Despite the unlucky timing, "Despacito" is now tied with Mariah Carey and Boyz II Men's "One Sweet Day" for the most weeks at No. 1.

And that's not the only claim to fame "Despacito" holds. When the song topped the Billboard chart, it also became the first Spanish-language song in the U.S. to hit No. 1 since "Macarena" in 1996.