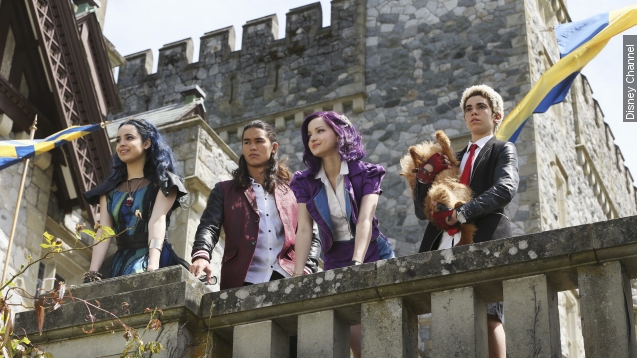 If you're under 30, you likely grew up watching one — if not every single — original movie on Disney Channel.

"Microbe is coming here!" Zenon screams in "Zenon: Girl of the 21st Century."

And who can forget "Halloweentown"? Forget candy and costumes; this movie is Halloween.

Yes, those movies — and so many others — are staples of growing up in the late 1990s and early 2000s. But let's call those the pre-Kenny Ortega years.

When the movie premiered on Disney Channel, 7.7 million people tuned in. When the sequel aired a year later, 17.2 million viewers tuned in, making it the largest single audience in basic-cable television history at the time. (Video via Disney Channel / "High School Musical")

So it's safe to say the network's original movies have come a long way from its earlier counterparts. Most of the movies produced today become franchises because of high ratings.

The most recent edition is "Descendants," which premiered Friday.

No sequel has been greenlit yet, but "Descendants" — which tells the story of the children of Disney's best-known villains — broke "High School Musical"'s record premiere.

But that still falls short of the most recent hit "Teen Beach Movie," which premiered to 13.5 million viewers. That audience size makes it the No. 2 film in cable television history, right behind "High School Musical 2."

No worries, though. "Descendants" could easily follow the same trajectory as "High School Musical" — which had an audience size that grew with every sequel.

After all, the villain movie is a double whammy in ratings right now. Not only is it the movie the No. 1 cable TV movie of 2015, the soundtrack is the No. 1 soundtrack and the No. 2 album on iTunes.

I guess it pays to be rotten to the core.