Derrick Rose Is Leaving The Chicago Bulls, And That's A Good Thing 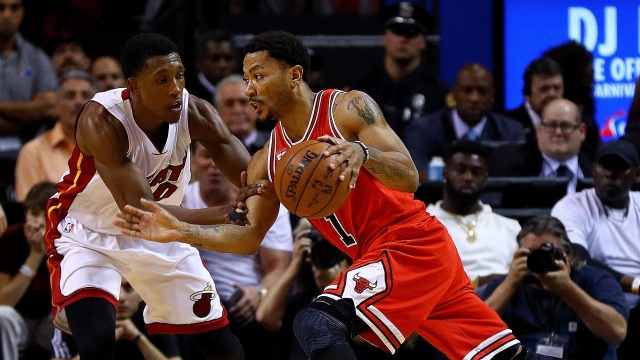 Former No. 1 overall draft pick and Chicago native Derrick Rose is leaving the Chicago Bulls after a trade with the New York Knicks.

Though he did win the NBA MVP award in 2011, Rose never really materialized into the player Chicago had hoped he would be, largely due to a string of major injuries.

Still, experts are praising the move for both teams. The Bulls added some solid pieces around all-star shooting guard Jimmy Butler. And if Rose can stay healthy and play well with Carmelo Anthony and Kristaps Porzingis, the Knicks could be one of the better teams in the Eastern Conference.

If Rose can't stay healthy, he's in the last year of his contract, and the Knicks can look elsewhere for a point guard to pair with their all-rookie forward, Porzingis.

A source told ESPN's Chris Broussard that New York was Rose's first choice team if traded because he wants the spotlight.

This video includes clips from Powerade and Adidas and images from Getty Images. Music provided courtesy of APM Music.