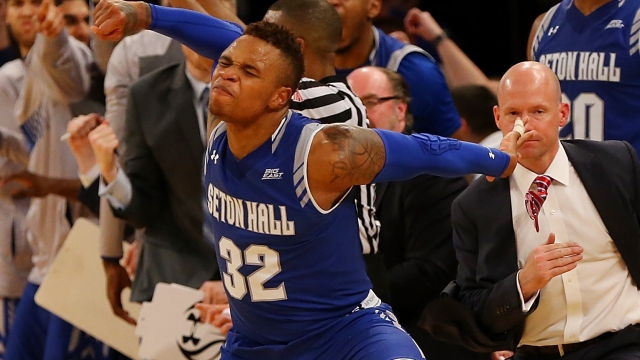 "Coming out, it's an indescribable feeling honestly," Derrick Gordon said.

Seton Hall's Derrick Gordon openly announced his sexuality nearly two years ago as a sophomore at the University of Massachusetts.

Now, Gordon is the game's first openly gay player to compete in the tournament.

"My teammates know; everybody knows. No pressure. Just me doing what I know how to do," Gordon said on Wednesday.

Gordon, a 24-year-old guard for the Pirates, is a leader on the squad, which is making its first appearance in the tourney in 10 years.

This is actually Gordon's third NCAA tourney but his first since he announced he's gay.

It's also been a long journey for Gordon, who attended Western Kentucky his freshman year before transferring to UMass and eventually Seton Hall.

"I said something needs to change because if something didn't change, I was going to quit basketball," Gordon said.

Gordon said after that, he told his family, friends and, eventually, the media.

But Gordon's time in the tournament won't come without at least a few people trying to knock him off his game, and no, we're not talking about the fans.

Westboro Baptist Church will reportedly be at the tournament in protest of Gordon.

Six-seed Seton Hall will take on 11-seed Gonzaga in the first round of the tournament Thursday night.