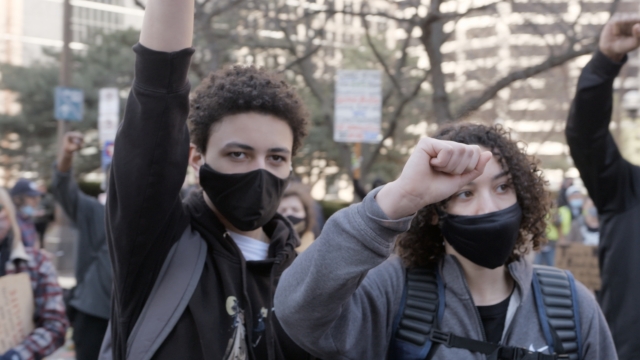 Activists made noise in the streets surrounding a Minneapolis courthouse Monday, the first day of Derek Chauvin's trial in the death of George Floyd.

Several hundred people gathered Monday at a large march outside the courthouse where former Minneapolis police officer Derek Chauvin will face a jury. It was one of several demonstrations that mark the beginning of a long haul: a constant presence in downtown Minneapolis until there's a verdict.