Chauvin Sentencing: Appropriate or Too Light? 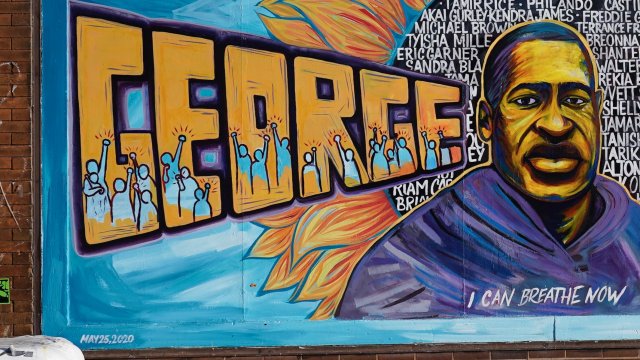 SMS
Chauvin Sentencing: Appropriate or Too Light?
By Alex Arger
By Alex Arger
June 27, 2021
Derek Chauvin was sentenced to a 22.5 years in prison for killing George Floyd, but punishment could get longer if convicted in federal trial.
SHOW TRANSCRIPT

The site in Minneapolis where George Floyd was killed... "Say his name, George Floyd"... became a magnet for tourists and locals this weekend following the sentencing of Derek Chauvin.

The former Minneapolis police officer was given a 22 and a half year sentence for the killing of Floyd. With good behavior, Chauvin could be out on parole after about 15 years.

"I think what the judge did was fair but I think it’s a little light. I know the prosecution was asking for 30. I think 25 to 30 would have been fair as well," Mitchell said.

It’s not clear where Chavin will serve his time. But he’s currently at Minnesota’s only maximum security prison, in Oak Park Heights. He’s alone in a 10 by 10-foot cell and only allowed out for an hour a day to exercise. He can have 10 photos, a radio and food from the canteen.

Attorney Ben Crump said the Floyd family is hoping Chauvin gets a longer sentence at his federal civil rights trial….expected to begin next year.

"I'm shocked that it wasn't a longer sentence," Courteney Ross, George Floyd's girlfriend said. "But it's a beginning. And I want us to continue this fight and not give up. It's a little disappointing."

Attorney General Ellison says more needs to be done, including passage of the George Floyd Justice in Policing Act. That reform has currently been approved by the House but stalled in the Senate.

"We had to focus on proving a case based on evidence in a courtroom. But I do believe the larger society must grapple with bigger issues. All over the United States, states are looking at police reform. We need them to act. We need departments to act. We need prosecutors and we need other police officers to look inside and say, 'What can we do to build greater trust and greater cooperation with our communities we protect and service every day?'"