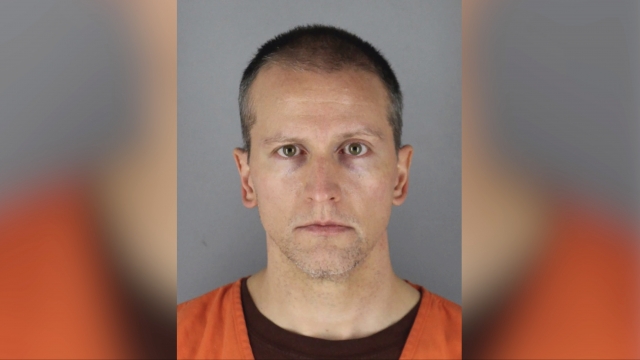 Chauvin and his wife, real estate agent and photographer Kellie May Chauvin, were each charged with nine felony counts of filing false tax returns or failing to file tax returns. Prosecutors say they underreported their income by more than $464,000 from 2014-2019.

A criminal complaint says the Chauvins didn't report all of their income in 2014 or 2015 and did not file state taxes from 2016-2018. They did file tax returns this year for 2016-2019, but allegedly underreported their income. Prosecutors also say the Chauvins didn't pay proper taxes on the sale of a rental home in 2017 or a BMW purchased in 2018. Kellie May Chauvin is also accused of failing to disclose hundreds of payments she received from her photography business in 2014 and 2015. They reportedly owe more than $37,000 in unpaid taxes, interest and fees.

Kellie May Chauvin filed for divorce after Floyd's death. Derek Chauvin was charged with manslaughter and second- and third-degree murder in connection to Floyd's death in custody. He pressed his knee into Floyd's neck for more than eight minutes, even as Floyd repeatedly said he couldn't breathe.

Additional reporting by Amy Forliti of the Associated Press.