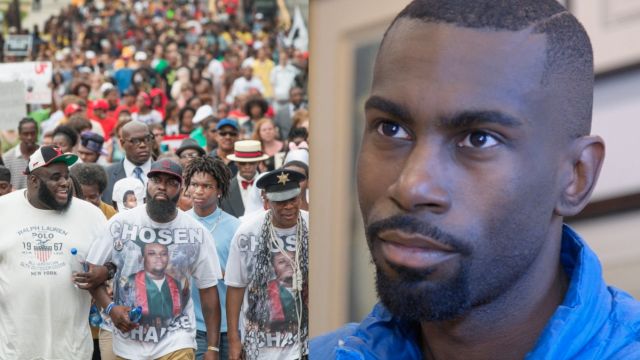 "The next part of the work is how do we make sure that the solutions get implemented at scale that actually leads to demonstrative changes in people's lives? That is what comes next," DeRay Mckesson said.

"When I think about the people who talk about revolution, however you define that, that is often about whole systems and structures changing — huge shifts that often take a little bit more time. ... Systems break in pieces, so part of our work is to find the pieces that we can pull that allow us to do the huge transformational change," Mckesson said.

Many of the reforms Mckesson wants to accomplish today and tomorrow are laid out in Campaign Zero, a police reform platform he and three other organizers published in October of 2015.

The platform covers several different aspects of reform rather than focusing on one problem. Mckesson says that strategy is purposeful.

"So it's this idea that we can live in a world where the police don't kill people — that's how we get to the zero. ... It's not just police union contracts, it's not just use-of-force policies, it's not just body cameras — it's all of these things working in concert with each other that's gonna get us to the change that people deserve. ... There is no one silver bullet," Mckesson said.

"Two years ago, people thought there was a crisis in Ferguson, Missouri. They did not yet accept there is a crisis across the country. And two years later, people have. I think that is the biggest single victory of the movement," Mckesson added.