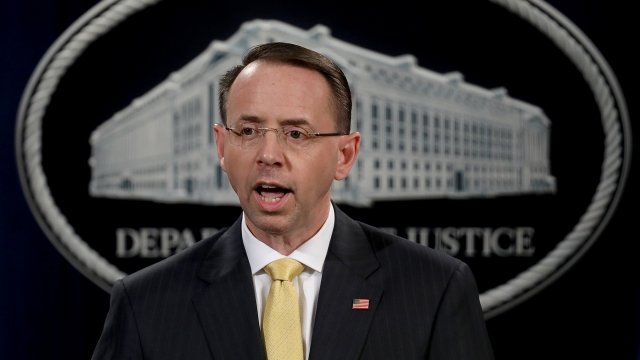 On Monday, Rosenstein submitted his resignation letter to President Donald Trump. His resignation is effective May 11. The letter said, in part, "I am grateful for the opportunity to serve ... and for the goals you set in your inaugural address: patriotism, unity, safety, education and prosperity."

In a statement, current Attorney General William Barr thanked Rosenstein for his service and said "his devotion to the Department and its professionals is unparalleled."