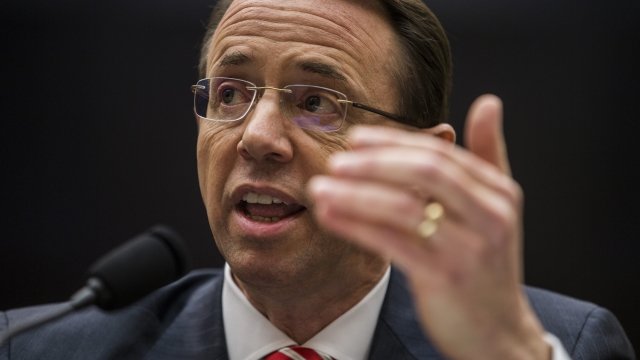 SMS
Deputy Attorney General Defends Robert Mueller To Congress
By Jake Jones
By Jake Jones
December 13, 2017
He defended the scope of the investigation and Mueller's team amid allegations of anti-Trump bias.
SHOW TRANSCRIPT

"Congressman, I know what he's doing. If I felt he was doing anything inappropriate, I would take action," Rosenstein said.

Republicans asked if Rosenstein, who oversees Mueller's work, had seen cause to fire him. He said no, but did say that "if there were good cause, [he] would act." 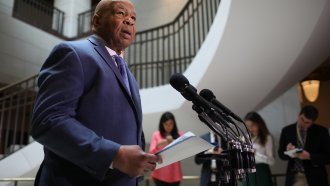 He also said no one had told him to fire Mueller. He defended the scope of Mueller's investigation, saying he has authority to investigate "anybody" suspected of obstructing justice.

Mueller's critics have gotten louder recently after it was revealed two FBI employees, one of whom was on Mueller's team, had private text conversations that showed distaste for President Donald Trump. Mueller removed the agent this summer, but details about the texts were just recently made public.

Rosenstein responded to questions regarding potential bias on Mueller's team by saying the issue wasn't having a political opinion, but rather whether those opinions might influence the outcome of an investigation. He said he thought Mueller was running his office appropriately.