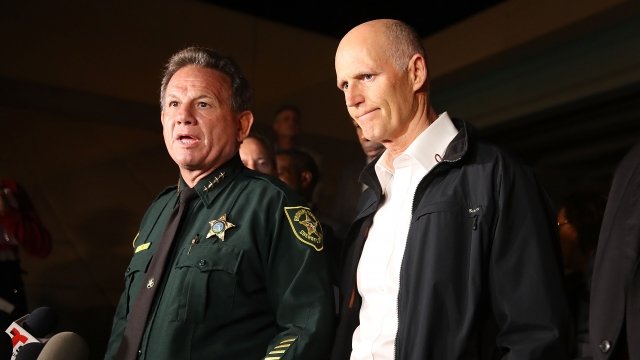 Deputies in the county where 17 people died in a school shooting last week just started carrying rifles in school.

"So, it will be done safely. Only deputies who have trained and qualified will carry those rifles. But we need to be able to defeat any threat that comes onto campus," Israel said.

The move comes as investigators are scrutinizing how deputies responded to the shooting at Marjory Stoneman Douglas High School that left 17 people dead.

For now, the deputies will have to keep the rifles in their locked patrol cars when they're not physically carrying them.