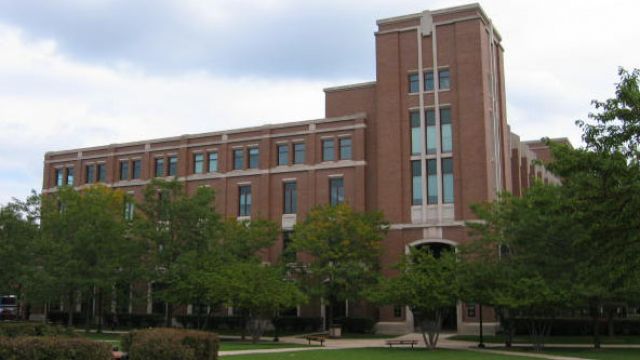 Students at a major Catholic university in Chicago had to take their anti-abortion posters back to the drawing board after the school declared them racially provocative.

The College Republicans group at DePaul University wanted to post the phrase "Unborn Lives Matter" around campus. But the university declined to approve the posters because they might provoke the Black Lives Matter movement.

SEE MORE: The Candidates Share Their Thoughts On Abortion

The school's president pointed to campus speech guidelines, which allow provocative speech but ban "speech whose primary purpose is to wound."

President Rev. Dennis H. Holtschneider went on to say, "As we experienced last spring, it's not difficult to agree that there is a difference between a thoughtful discussion about immigration and a profane remark about Mexicans scrawled in the Quad, or between a panel on racial climate and a noose — a powerful symbol of violence and hatred — outside a residence hall.  In both recent cases, the first, we encourage; the second, we abhor."

As a private university, DePaul is allowed to set limits on campus. But the rejection of anti-abortion rhetoric on a Catholic campus has a lot of critics crying censorship.

One Washington Post writer notes, "If one wants to see an illustration of the slippery slope from what are always billed as narrow, modest restrictions on just the worst sorts of speech to much broader restrictions aimed at suppressing certain viewpoints ... this is a perfect example."

SEE MORE: Art As Protest: How One Artist Uses Portraits To Confront Injustice

DePaul University has been accused of stifling conservative voices in the past. The school canceled an appearance by political commentator Ben Shapiro several months ago, apparently over security concerns.