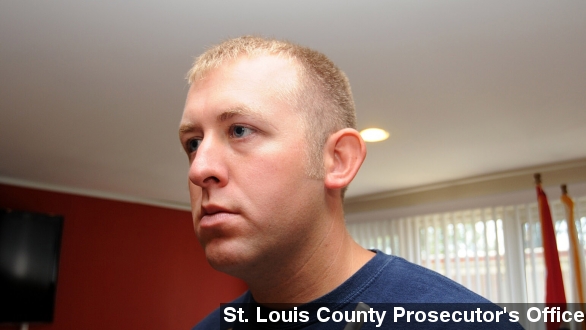 By Sebastian Martinez
March 4, 2015
The Department of Justice will not be charging Darren Wilson with civil rights violations for shooting Michael Brown.
SHOW TRANSCRIPT

The Department of Justice says Darren Wilson's shooting of 18-year-old Michael Brown did not constitute a civil rights violation.

The Justice Department's report shows that decision hinged on investigators' belief that Wilson wasn't lying when he said he feared for his life during the encounter.

Wilson has said Brown threw the first punch and it was Brown who escalated the confrontation, despite differing early eyewitness accounts, some of which said Brown put his hands up before being shot. (Video via ABC)

Back in November, a grand jury opted not to charge Wilson for the killing. (Video via PBS)

On Tuesday, news emerged that the DOJ had found racial bias among the Ferguson Police Department's actions, along with racially offensive emails sent between police and municipal court officials.

This video includes an image from the St. Louis County Prosecutor's Office.