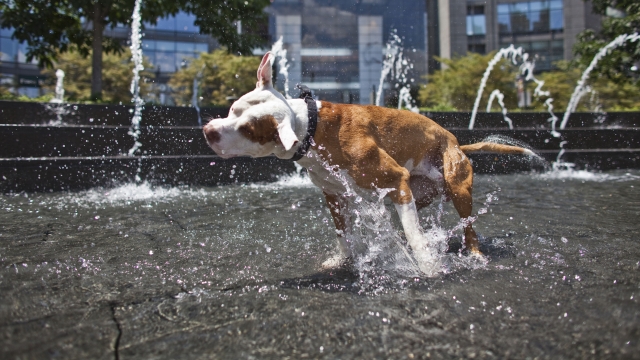 Denver's mayor says he will veto an ordinance that was set to repeal the city's pit bull ban.

Mayor Michael Hancock said Friday he will exercise his "authority as Mayor to veto" the legislation. The Denver Post said it will be his first veto in his nearly decade-long mayoral career.

Hancock said he didn't think the legislation fully addressed "the very real risk to severe injury that can result from attacks from these particular dog breeds." He said "at the end of the day" he had to ask if the ordinance would make the community safer, but he concluded "that it would pose an increased risk."

Denver's City Council voted 7-4 on Monday to repeal the 1989 ban, citing the ineffectiveness of breed specific legislation. The legislation required safeguards like a breed-restricted license and registering the pit bull with Denver Animal Protection.

The city councilman who sponsored the measure said he was disappointed in Hancock for "choosing to disregard the science on the issue."

The city council will convene on Tuesday and vote whether to override the veto. They would need nine votes to do so.