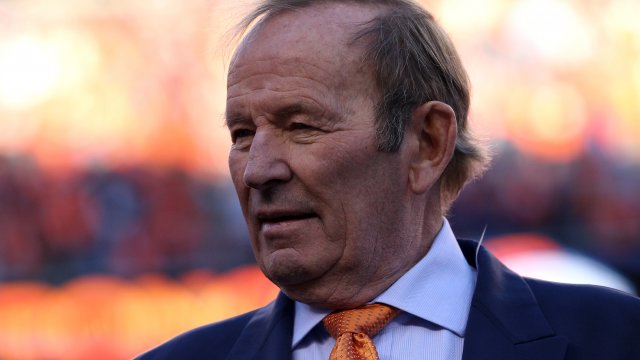 SMS
Denver Broncos Owner Pat Bowlen Has Died At Age 75
By Nathan Byrne
By Nathan Byrne
June 14, 2019
Under his 35-year ownership, the Broncos made it to seven Super Bowls and won three.
SHOW TRANSCRIPT

Denver Broncos owner Pat Bowlen has died at age 75 after living with Alzheimer's disease for at least the past five years.

Bowlen transferred ownership of the team to a family trust in 2014. Team president Joe Ellis took over the team and assumed CEO duties at that time.

Bowlen bought the Denver Broncos in 1984. Under his 35-year ownership, they made it to seven Super Bowls and won three. In that span, the Broncos had 21 winning seasons — more than any other NFL team. Bowlen was the first owner in league history to get 300 wins in his first 30 years.

His wife, Annabel, announced her own Alzheimer's diagnosis in 2018. She survives him, along with his seven children.