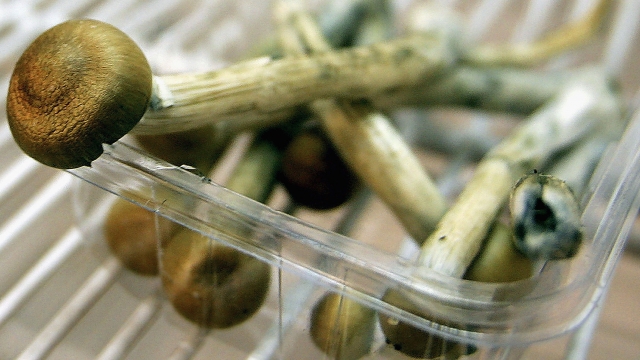 As of Wednesday night, results showed more than 89,000 people voted in favor of the ordinance. Election officials must still confirm the final results which won't be certified until May 16.

Psilocybin is a hallucinogenic chemical found in some types of mushrooms. According to the DEA, when consumed, psilocybin can cause hallucinations, panic attacks and psychosis.

Prior to Tuesday's election, the Denver Psilocybin Initiative argued that psilocybin shouldn't be criminalized and that humans have used the mushrooms "for thousands of years of healing, rites of passage" and "spiritual insight."

The initiative pointed to preliminary studies that have shown psilocybin has the potential to be a "revolutionary" treatment for depression as well as tobacco and alcohol addiction.

Neither Denver Mayor Michael Hancock nor Denver District Attorney Beth McCann supported the initiative. According to a statement from the DA's office, McCann "supports studying the effects of psilocybin, but at this stage in Denver's development, opposes decriminalizing it."

The measure won't make psilocybin mushrooms legal. Instead, it would make possession a low priority for law enforcement and prevent officials from using resources to impose criminal penalties on adults 21 and older.

Correction: A previous version of this story incorrectly said the ordinance would allow adults 21 and older to possess psilocybin mushrooms for personal use. The story has been updated.