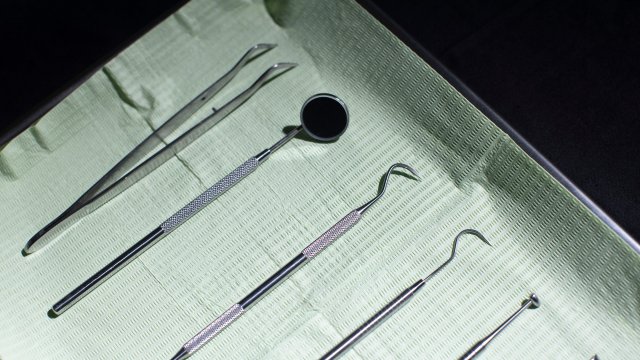 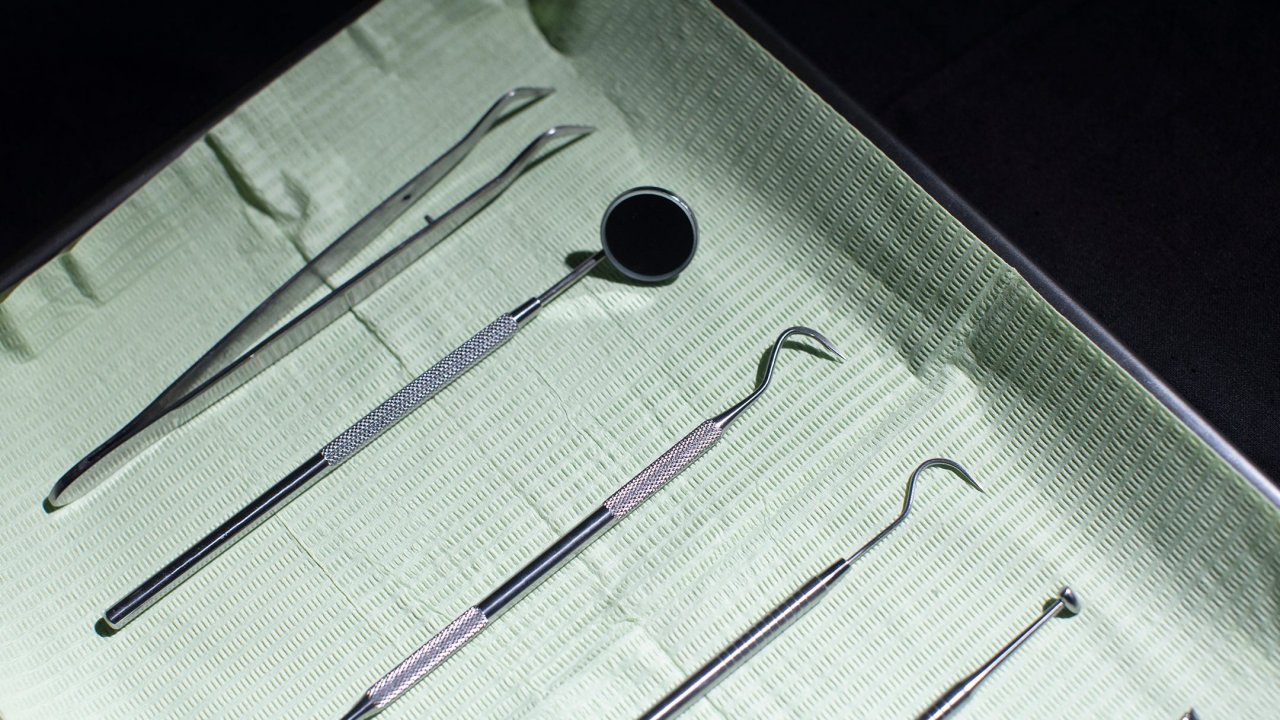 If you suspect your dentist may be recommending treatments you don’t actually need, you can complain to your state dental board. Odds are, nothing will happen.

As is true for other medical professions, state dental boards are typically made up of dentists overseeing dentists, leaving the profession to police itself.

Nationwide, dentists rarely have their licenses pulled by their dental boards. In 2018, according to data from the federal Department of Health and Human Services, state boards revoked or suspended only 225 licenses – 0.1% of all dentists. Ten states didn’t suspend a single dentist.

The Ohio dental board, featured prominently in a USA TODAY/Newsy investigation, is a case in point and suspensions for overtreatment are rare there. It averages about 450 complaints a year, yet last year, board records show that it suspended only nine licenses and revoked three others. 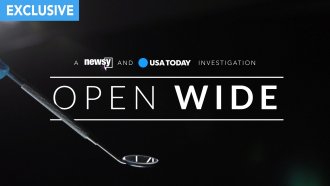 Michael Davis, a New Mexico dentist who advocates against corporate dentistry, says the vast majority of dental boards are lax on enforcement.

“They are unmotivated,” he said. “They are underfunded. The quality of the personnel on the dental board is poor.”

USA TODAY and Newsy reported allegations that a push for profits is leading to overtreatment at one of the nation’s largest dental chains, North American Dental Group.

Two former dental assistants at Refresh Dental in Austintown, Ohio, part of the North American Dental chain, brought similar complaints to the Ohio dental board. Ricci Endsley and Ashley Hughes saw it as their only recourse, they said, because nothing seemed to change after their complaints about patients being mistreated were sent up the company’s chain of command.

"I started gathering evidence,” recalls Ricci Endsley, who worked in the Austintown office from 2015 to 2016.

Similar claims have been made against other corporate chains – some resulting in other kinds of crackdowns.

The owners of both Kool Smiles and Small Smiles settled whistleblower lawsuits spearheaded by the Justice Department alleging that they were defrauding Medicaid by performing unnecessary root canals on children. Each reimbursed the government about $24 million. Small Smiles eventually went out of business.

Endsley claims that she saw cases in Austintown where patients were given treatment, like a root canal, that they didn’t need. Or they were billed for a treatment they didn’t receive. Or the dentist left decay inside a tooth and told an assistant to go ahead and put a crown on it, inevitably leading to complications.  She started secretly writing information on Post-it Notes.

“I would keep everything in my pocket,” she recalls. “I would take them all home and I would keep them in a little pile… I would sit down and write a list of each patient, what I knew, what I saw, what I believed was wrong. I then called the state dental board and asked them how I could file a complaint."

Endsley talked to the dental board’s chief investigator, Damon Green, in July 2016 and forwarded him her information. Within a few days, emails show, the board notified the dental office that it was under investigation. For weeks, Endsley kept sending emails with new details.

On Nov. 10, 2016, she was sent a letter from board member Ashok Dak, a dentist, saying that “after careful deliberation of all the evidence available to the Board, please be advised that appropriate action has been taken to ensure that the licensee maintains the standard of care for the profession.”

Board minutes show the investigation had been dismissed with no formal action a day earlier.

The board has a confidential remediation program known as the Quality Intervention Program, too. However, board minutes show it’s rarely used and that no one was in the program during the November board meeting or during subsequent meetings in December and February.

Endsley was unaware that the board had dismissed her complaint with no formal action until USA TODAY/Newsy investigated.

“I feel like the board failed at their job,” Endsley said. “They failed patients and employees.”

It can be hard to evaluate a board’s effectiveness because, by law, information about investigations only becomes public if formal action is taken. In fact, a spokesman for the Ohio dental board cited confidentiality of investigative records in declining to comment for this story.

The board, comprised of 10 dentists and 2 hygienists, oversees 36,000 licensed professionals, including 7,500 dentists. It dismissed 374 complaints last year with no action and left others unresolved.

Of the 12 licenses it suspended in 2019, seven were attributed to the dentists or assistants being convicted of committing a crime. Two others were against dentists who admitted to illegally prescribing drugs.

How To Select A Dentist

If you are trying to find out if your dentist is managed by a private equity firm, you might just ask them.

One of the dentists stripped of his license was Edward Hills, a former dental board member. He was convicted of racketeering as well as accepting bribes and kickbacks as a hospital administrator. He was sentenced to 15 years, eight months in federal prison.

But only one dentist had his license suspended for overtreating patients, for a total of 60 days, board records show. He allegedly performed root canals without evidence that they were needed.

The dentist had been under investigation for years. The three complaints against him had been active since 2015 and 2016. He also was accused of illegally prescribing drugs.   One other dentist was disciplined for overtreating patients. Board records reveal few details of that case, beyond indicating that she was required to take 22 hours of training.

Neither of the two disciplined for overtreatment are affiliated with North American Dental.

There’s no way to figure out whether the Ohio dental board is even investigating: The board declined to answer questions about it. Doyle's lawyer said she knows of no investigation.

Details of a previous investigation of a North American Dental dentist became public only after Michael Griesmer failed to comply with the terms of the board’s secret remedial education program. Information about that case come from both dental board and court records, as well as interviews.

Griesmer was accused of performing seven root canals on Johannah Lancaster’s 3-year-old son, Gregory, in May 2013. But Griesmer never took any X-rays, meaning he had no way to diagnose the need for root canals, according to board records.

Four crowns that Griesmer put on the teeth fell off and the child eventually had to get emergency treatment for an infection. Four of the treated teeth were later pulled.

In a recent interview, Griesmer said he disagrees that he needed to take X-rays to diagnose root canals. He said he prefers them over extractions because a root canal saves the tooth.   “I don’t like to take them out if it is not necessary,” he said. “If it’s feasible to try to save them that’s what I’ll try to do.”

He acknowledges that the crowns were too big for Gregory’s tiny mouth. And that in hindsight, he should have pulled his teeth instead. Medicaid in Ohio would have paid only a third as much for pulling a tooth as for a root canal but Griesmer said he was never motivated by money.

After Griesmer failed to comply with the board’s remedial training program, he signed an agreement to supply the board with records of five patients each month, including X-rays and treatment plans.  He said all of his patients were children on Medicaid.

In the first two months, starting in October 2014, board records show Griesmer sent in billing records only – no X-rays or treatment plans. After that, he stopped submitting any records at all.

Had Griesmer complied with the terms of the original confidential program, there would be no public record of the complaint about Gregory. But by failing to adhere to the program, his license was automatically suspended in March 2015.

Griesmer said he tried to comply with the board’s demands but he wasn’t sure what it wanted.

“I don’t remember the whole circumstances behind it but whatever I did, I ticked them off,” he said.   Griesmer could have reactivated his license in 2016 but said he had no desire to return to dentistry and retired. Gregory’s family sued him and North American Dental for malpractice and the case was settled out of court for $20,000. Griesmer said his insurance paid for that.

“Had I taken the teeth out I would have never been sued,” he said.   Malpractice suits are rare, experts say, because few lawyers will take a dental case. So they don’t offer much protection for dental patients, either.   “When I tell my mentor that I take dental malpractice cases, he laughs,” said Scott Kuboff, a lawyer in northern Ohio who handled the case against Griesmer. “Usually the damages are not there to make pursuing these cases worthwhile.”

David Heath is a reporter on the USA TODAY national investigations team. Contact him at dheath@usatoday.com or @davidhth, or on Signal at (240) 630-1962.