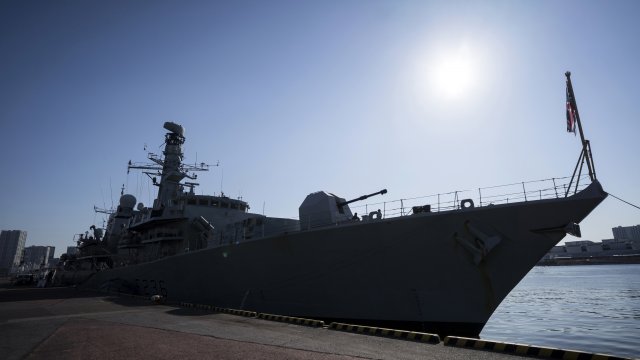 Denmark is throwing its support behind a U.K.-led mission to protect ships passing through the Strait of Hormuz.

The country's foreign ministry confirmed it's ready to help its European ally. Denmark is one of the largest maritime shipping nations in the world. It's also home to the world's largest shipping container company, which travels through the key waterway.

Italy is also reportedly backing the mission, while France said it's discussing plans with its British ally.

On Monday, then-U.K. Foreign Secretary Jeremy Hunt announced his country is starting a coalition to ensure international ships can safely pass through the strait. The British Royal Navy also pledged to escort all British-flagged ships passing through the high-tension area. These developments come after Iran seized a British tanker in the Strait of Hormuz.

This effort is different from the one proposed by the U.S., which involves the Trump administration's "maximum pressure" campaign on Iran. Secretary of State Mike Pompeo did, however, tell Bloomberg TV he was open to traveling to Tehran for potential talks with Iran.