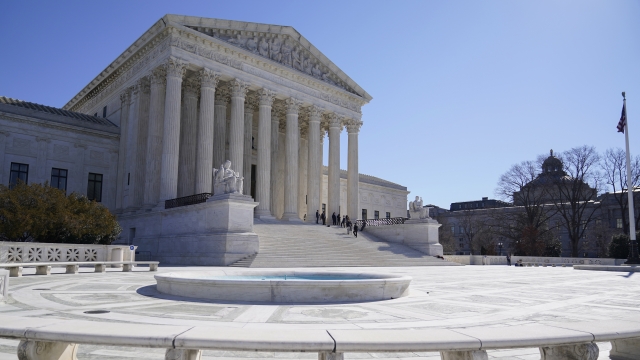 Both Democrats and Republicans are ramping up efforts to sway President Biden's choice for the Supreme Court as the White House narrows in on the person who will replace retiring Justice Stephen Breyer.

Over the past few days, members of South Carolina's Congressional delegation have been pushing for U.S. District Court Judge J. Michelle Childs. Appointed by President Obama to the federal bench in South Carolina, Childs has a long history in the state.

"I would be inclined to support her because of her background," South Carolina Sen. Lindsey Graham said. "She didn't go to Harvard or Yale — I think that's a plus. She went to the University of South Carolina. We'll see what President Biden does. I told him: If you nominate Michelle Childs, she'll be in the liberal camp but she has a hell of a story and somebody, I think, that could bring the Senate together and probably get more than 60 votes. Anyone else would be problematic."

Though Biden predicted his eventual nominee would win bipartisan support in the U.S. Senate, Democrats have the votes necessary to go at it alone without relying on GOP support. But that is contingent on all Democrats being healthy and in Washington.

Senator Ben Ray Lujan — a Democrat from New Mexico — announced over the weekend he will return to D.C. in the coming weeks after recovering from a recent stroke.

The Senate does not have remote voting. And with just 50 Democrats and 50 Republicans — with Vice President Kamala Harris casting the tie-breaking vote — no vote can be taken for granted.