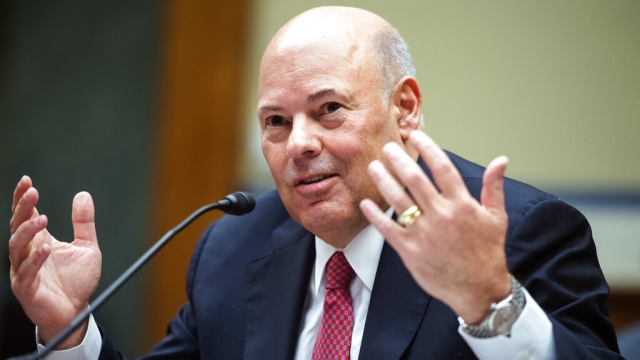 Five former employees of Postmaster General Louis DeJoy are accusing him of using them in a scheme that may have violated campaign finance laws.

The employees, including a former Human Resources director, told the Washington Post that during DeJoy’s time as CEO of New Breed Logistics, he would encourage employees to make donations to political candidates and reward the workers with bonuses later.

“In addition to the federal felony of repaying his own employees, he may have committed yet another felony by lying under oath,” said Norton.

During an August hearing, DeJoy was asked directly if he rewarded employees for contributions.

“Did you pay back several of your top executives for contributing to Trump’s campaign by bonusing them or rewarding them?” asked Rep. Jim Cooper.

"That’s an outrageous claim and I resent it,” replied Dejoy.

In so-called "straw-donor" schemes, one person makes a political donation but is reimbursed by another. This allows the second person to get around campaign contribution limits to funnel more cash to a favored candidate.

Democrats are calling for the North Carolina Attorney General to lead a separate investigation since the alleged offenses happened there.

“I do not see how he can continue to serve. It seems to me that the honorable thing for him to do is to resign,” said Norton.

GOP oversight committee ranking member James Comer told Newsy in a statement,” The House Committee on Oversight and Reform is tasked with investigating waste, fraud, and abuse. Issues of potential criminality are best suited for the Justice Department.”

However, a spokesperson for DeJoy did tell the Washington Post DeJoy “believes that he has always followed campaign fundraising laws and regulations.”

President Trump told reporters the investigation would play itself out.