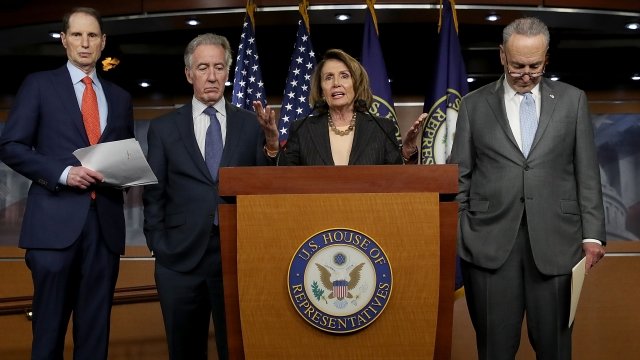 SMS
GOP Polling Gains Spook Democrats Hoping For A Midterm Rout
By Eugene Daniels
By Eugene Daniels
February 20, 2018
It looks like they're going to stop focusing so much on Trump and focus more on their own message.
SHOW TRANSCRIPT

A few weeks ago, the hearts of D.C. Democrats were all aflutter with hopes of taking back the House during this year's midterms. But now, some on the left are getting a little worried that goal is getting further and further away.

The concern is based at least partly on Dems concentrating too much on President Trump himself and not on their own message.

Democrats spent much of the 2016 elections lobbing attacks at Trump. But a strong positive message didn't seem to break through the noise. For some Dems, "We aren't Trump" isn't going to cut it this time: They argue voters want to hear how politicians are going to help them, not just about how terrible the other side is.

Rep. Emanuel Cleaver put it this way: "The Democrats focus so much on Trump and the carnival that is around him that we don't spend enough time talking about who we are and what we will do if the voters give us a chance in the majority." 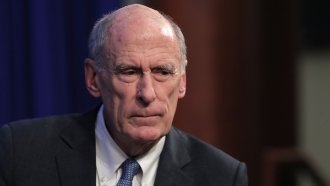 Democrats still have an almost 7 percent lead in the RealClearPolitics generic ballot average for this year, but some polls are starting to come in more favorably for Republicans. Increasingly popular GOP tax cuts and the Democrat-led three-day government shutdown in January over DACA might explain the GOP resurgence.

Whether this is a true Republican recovery that will last until the midterms won't be clear for a while, but Dems are preparing to shift their message as time ticks on.

A refocus actually already seems to be in the works. Democrats in the House are moving from the daily D.C. fights to focus on Trump's just-released budget and whatever negative impacts that arise from the GOP's tax cuts bill with plans of their own.