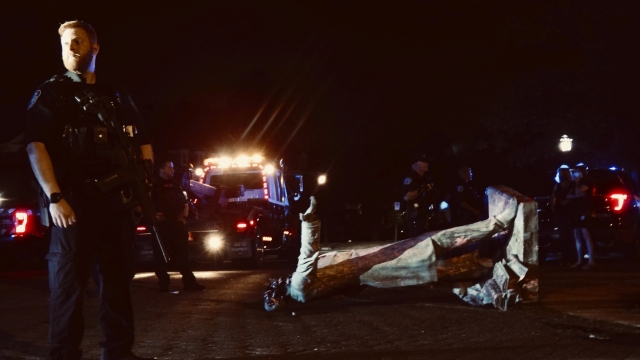 The Davis statue in the city's Monument Avenue toppled down around 11 p.m.. Protesters cheered as it was hauled away.

Demonstrators across the South have been targeting symbols of the Confederacy in the wake of George Floyd's death.

Other statues considered symbols of oppression have been targeted as well. On Tuesday in Richmond, protesters tore down a statue of Christopher Columbus, lit it on fire and then threw it into a lake.

Richmond Mayor Levar Stoney has already said he plans to have all Confederate monuments on that city's Monument Avenue removed. He said, "Richmond is no longer the Capital of the Confederacy – it is filled with diversity and love for all – and we need to demonstrate that."

About 30 minutes away in Portsmouth, Virginia, protesters beheaded four statues and pulled one down using a rope.