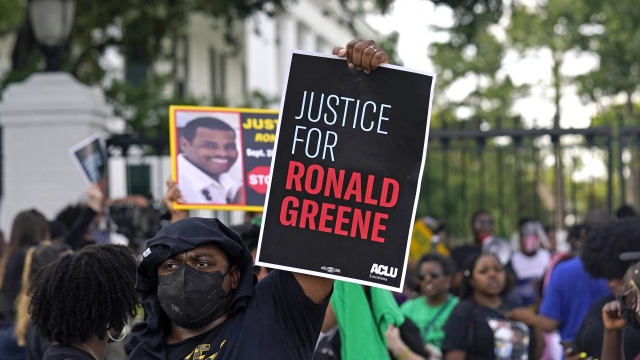 Demonstrators are calling for the officers involved in the death of Ronald Greene to be fired and prosecuted.

Greene died after officers beat and choked him after he led them on a chase back in 2019 Louisiana.

"It is way too late for swift action to be taken in this situation. We are two years too late for that to happen, but it is not too late for there to be full accountability for the horrific, horrendous, brutal tragedy that occurred in May of 2019 to Mr. Ronald Greene," said Urban League of Louisiana President Judy Reese Morse.

It happened two years ago but body camera footage was just released this month. The video proves officers on scene lied on their reports and to the doctors caring for Greene. They said he died in a crash but the video shows they beat him as he was handcuffed.

The top ranking officer on scene also lied saying his body camera wasn't on but that footage was recently uncovered.