Catalonia Wants To Open A Dialogue With Spain, But That Seems Unlikely 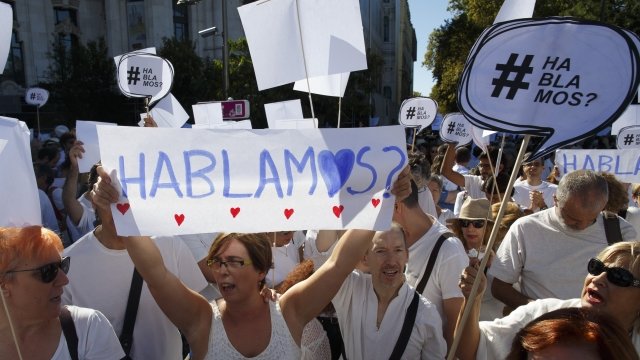 SMS
Catalonia Wants To Open A Dialogue With Spain, But That Seems Unlikely
By Ryan Biek
By Ryan Biek
October 8, 2017
Some speculate Catalonia may declare independence Tuesday, and thousands are rallying for officials to open talks.
SHOW TRANSCRIPT

Catalan President Carles Puigdemont is expected to address his region's parliament on Tuesday, and everyone's waiting to see if that'll be the day Catalonia declares independence from Spain.

In an interview published Saturday, Spanish Prime Minister Mariano Rajoy said an independence declaration on Catalonia's part would have no effect. 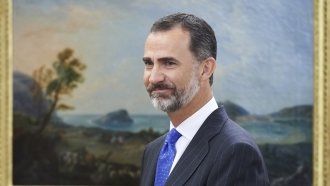 Catalan leaders note 90 percent of voters in last week's referendum were in favor of separating from Spain.

But voter turnout was 43 percent, and the Spanish government argues the referendum itself was illegal.

Madrid's attempts to prevent the vote caused more tension. Close to 900 people were injured as police tried to disperse voters.

Thousands have since rallied across Spain, urging officials on both sides to simply engage in dialogue.

On Wednesday, the Spanish government rejected Puigdemont's calls for mediation, and Spain's deputy prime minister said Catalonia would have to end its push for independence before talks can begin.