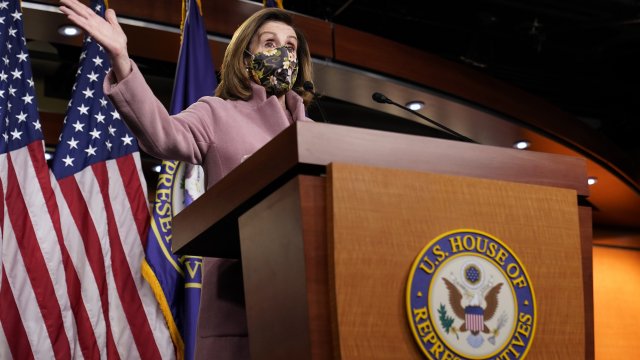 The Senate is not only waiting on a power sharing agreement, but it's also waiting on a timeline for the impeachment of former President Trump. We don't know what lawmakers are debating, but what do we know about the timeline?

If they wait, they could lose some of the Republican support for a public conviction of Donald Trump, some Republican senators have said they are open to a conviction, however waiting may not be the worst thing according to some Democrats because it would allow more confirmations for Joe Biden's cabinet and they potentially open a new round of relief talks, covid relief talks as millions of Americans really need that relief right now during the pandemic. But Senate Minority Leader Mitch Mcconnell has proposed starting the impeachment trial in mid-February. He says this would allow for a fair process and give the president's legal team three weeks to submit evidence for his trial. Amid calls for political unity, the house speaker says that cannot come without some accountability.

"You don't say to a president, do whatever you want in the last months of your administration. You're going to get out of jail card free. Because people think we should make nice nice and forget that people died here on January 6." Said Nancy Pelosi

A spokesperson for Senate Majority Leader Chuck Schumer says he has received the plan for propose scale from Mitch Mcconnell and the two will talk it over over the next few days,