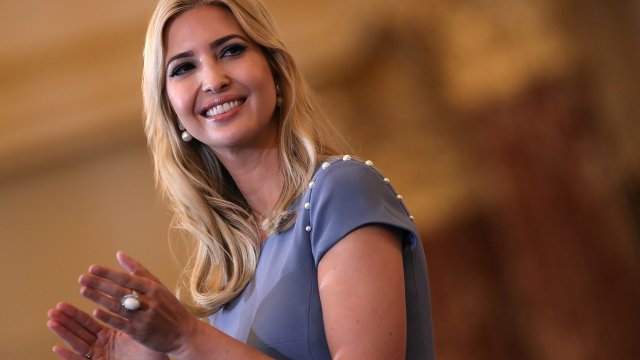 SMS
Ivanka Trump's Security Clearance Form Is Now Being Questioned
By Katherine Biek
By Katherine Biek
July 19, 2017
Lawmakers requested the FBI review her background check after her brother revealed he met with a Russian lawyer during the 2016 U.S. election.
SHOW TRANSCRIPT

Lawmakers are worried Ivanka Trump left some foreign contacts off of her security clearance application.

Twenty-two Democrats in the House of Representatives sent a letter to acting FBI Director Andrew McCabe, asking the bureau to review her form.

This request comes after the president's son Donald Trump Jr. revealed he and Jared Kushner met with a Russian lawyer during the 2016 U.S. election.

Like Ivanka Trump, Kushner is a White House adviser to the president. Initially, he didn't disclose all his foreign contacts when he asked for security clearance. So Kushner has submitted updates to his background-check form multiple times, adding more than 100 names.

"We are concerned that Ivanka Trump may have engaged in similar deception," lawmakers said in the letter.

The form asks if the applicant or any immediate family member has had contact with a foreign government or representative in the past seven years. 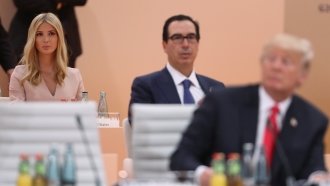 The lawmakers question if Ivanka Trump disclosed all her foreign contacts, as well as her brother and husband's recently revealed meetings with Russian officials.

"Lack of candor, particularly regarding contacts with Russian officials, has been a significant issue for the Trump administration," the letter reads in part.

There haven't been many questions about Trump's security clearance form before now, but there's been a lot of scrutiny about her role in the White House.

She works as an unpaid government employee at 1600 Pennsylvania Ave.

Critics say that violates the nepotism law prohibiting public officials — in this case President Donald Trump — from hiring and promoting their relatives. The law also says those found in violation won't get paid, but Ivanka Trump never had a salary to begin with.