Many Democrats Upset Senators Passed A Bill Without DACA Protections 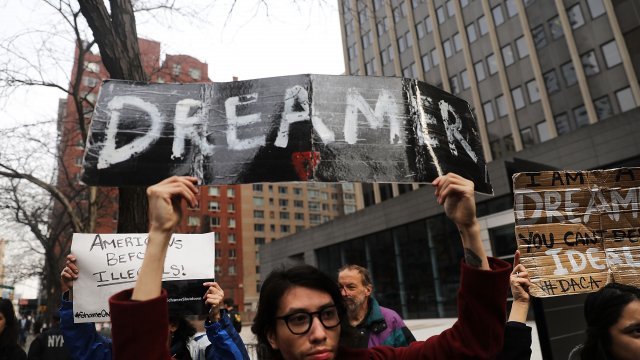 The Senate approved a spending bill to keep the government open through Feb. 8 Monday, but some liberal activists aren't happy about it — and they're blaming Democrats.

That's because the bill to reopen the government didn't include official protections for undocumented immigrants.

Democrats initially said they wouldn't support a bill without legislation on the Deferred Action for Childhood Arrivals program, or DACA.

Senate Majority Leader Mitch McConnell promised a vote on DACA by Feb. 8 in exchange for Democratic votes, but that wouldn't be legally binding.

The House also passed the bill, so now it's headed to President Donald Trump's desk.