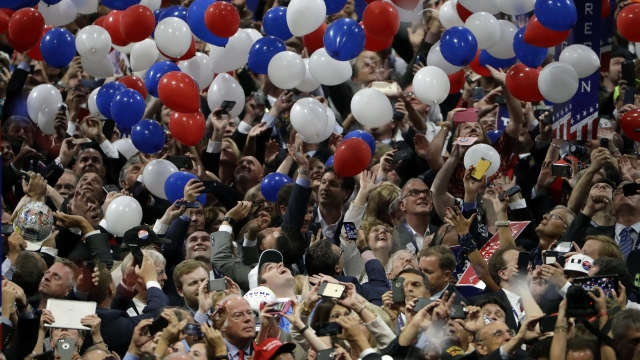 The 2020 presidential ballot is basically set, even though the conventions that make them official are still months away.

The format of those conventions are up in the air, however, even as both parties are pushing forward.

This week, Republicans shifted theirs to Florida, a state currently seeing a major spike in coronavirus cases.

“All the show and the experience of the convention itself will be in Jacksonville,"” Florida state senator and Republican Party Chairman Joe Gruters told Newsy. “So all the speakers [and] all the highlighted event[s].”

The main business of the convention will still take place over 300 miles away in Charlotte, North Carolina, however. Each state’s delegates will still travel there to formally nominate President Trump. Cases In North Carolina just topped 40,000, as the state broke a single-day record for new infections.

North Carolina lost the most visible part of the convention due to Democratic Gov. Roy Cooper's concerns over allowing a full-capacity event to take place amid the pandemic.

“Safety and security is our No. 1 priority,” explained Gruters. “I know there's going to be lots of tests prior to the convention itself. There's been lots of screening and on-site testing to make sure that everybody can get through this in a secure and safe way.”

This week, the Trump campaign drew scrutiny for making people hit "accept" on a legal waiver before RSVPing for his rally in Oklahoma, his first rally in over three months. That waiver says attendees won’t hold the campaign and its affiliates liable for exposure to COVID-19.

Presumptive Democratic nominee Joe Biden responded to the waiver Friday in a call with union leaders. “I quite frankly get a little angry about it,” Biden said.

So far, the Democrats plan to move ahead with their convention in Milwaukee, with no plans to change venues amid the potential for a smaller, scaled down event.

DNC Chair Tom Perez told reporters earlier this week he still isn't sure how many people will be allowed to attend in-person, pointing out, “We don't know what the public health situation on the ground will be.”