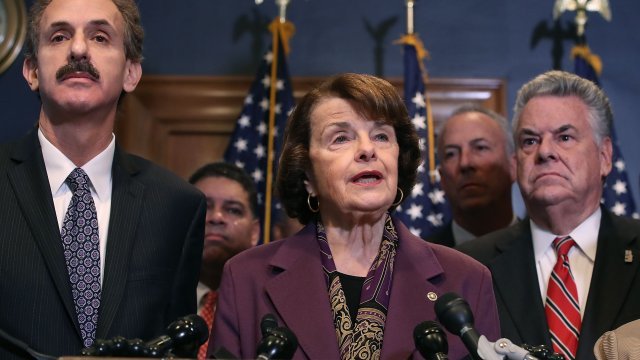 He testified in August concerning the Trump-Russia dossier.

A top Democrat has released the transcript from testimony by Fusion GPS founder Glenn Simpson.

Simpson's testimony was given to the Senate Judiciary Committee in August. His firm paid former British intelligence officer Christopher Steele to compile the Trump-Russia dossier.

Simpson said Steele acted on his own when he went to the FBI with his information and that Steele was concerned that then-presidential candidate Donald Trump was being blackmailed, presenting a possible national security threat.

He also testified that the FBI told Steele it had someone inside the Trump network who could corroborate Steele's claims.