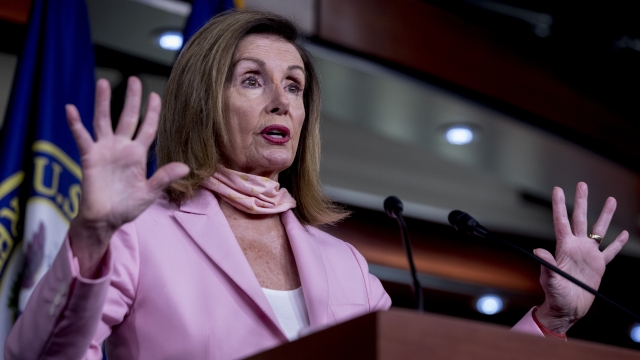 President Donald Trump called the proposed extension "a critical bridge for Americans who lost their jobs to the pandemic through no fault of their own."

But Democratic leaders say they turned down the offer because it's too small and "won't solve the problem." White House chief of staff Mark Meadows accused Democrats of "politics as usual."

He said at a press briefing Friday, "It surprises me that when we talk about compassion and caring about those that that truly are in need, that a temporary solution to make sure that unemployment, enhanced unemployment continues has been rejected not once, but multiple times."

Congress has stalemated on the issue of extending the benefit. Congressional Democrats support a broad extension, akin to the broad measures in the HEROES Act that passed the House back in May. Republicans recently proposed a smaller weekly payment to incentivize Americans to return to work, as many are critical that some people could earn more on unemployment than they did at their job. House Speaker Nancy Pelosi pushed back against that argument Friday.

She said: "The $600 is essential in the lives of these families, and they question 'Well, maybe somebody's staying home making more money than they were.' Well why don't you subject those high-rollers to that same scrutiny as to whether that money was justified? We have the data. They say, 'We have the data showing that people stay home.' Yeah, well, we have data showing that is not the case."

White House negotiators and Democratic leaders are expected to continue working toward a solution over the weekend.