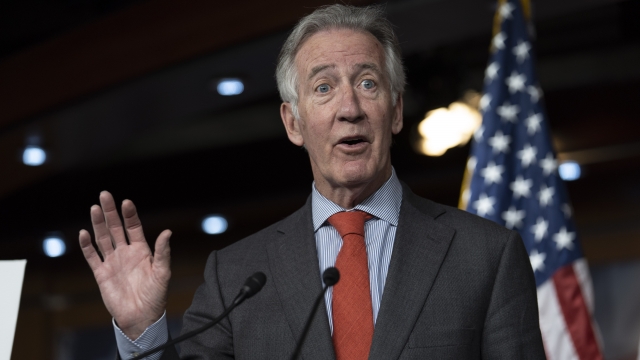 House Democrats are looking to get a hold of President Donald Trump's tax returns. But what exactly are they looking for?

Democrats say they want to have an accurate picture of the president's finances for potential conflicts of interest or to see if he's profiting from the presidency. Among the things they are most interested in are Trump's foreign business deals and transactions with a focus on Russia, how his business has benefited from legislation enacted during his term, as well as where his income streams originate and where debts are held.

Democrats have continuously called for Trump to release his tax returns since the 2016 election. Now in the House majority, they have the authority to compel the Treasury Secretary to release those returns according to a 1920's era law.

President Trump previously claimed an IRS audit is the reason for not releasing his tax returns and that lawyers would advise against releasing income documents while a review is ongoing. Tax and ethics experts argue the president could still release the information if he wanted.

Before Trump, every president since the 1970's has released their tax information. There is no law that requires him to release his tax information and even presidents are protected by IRS privacy laws like ordinary Americans. But a congressional inquiry and request could make those documents public.

The House Ways and Means Committee has started hearings to fight to obtain President Donald Trump's tax returns, but It's unclear how quickly the Treasury Secretary would have to turn over the documents if they're requested. The President has vowed to. Chairman Richard Neal of the House Ways and Means Committee says he expects a lengthy legal battle over the process.