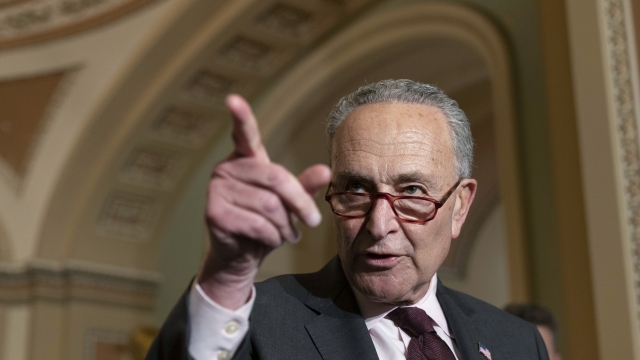 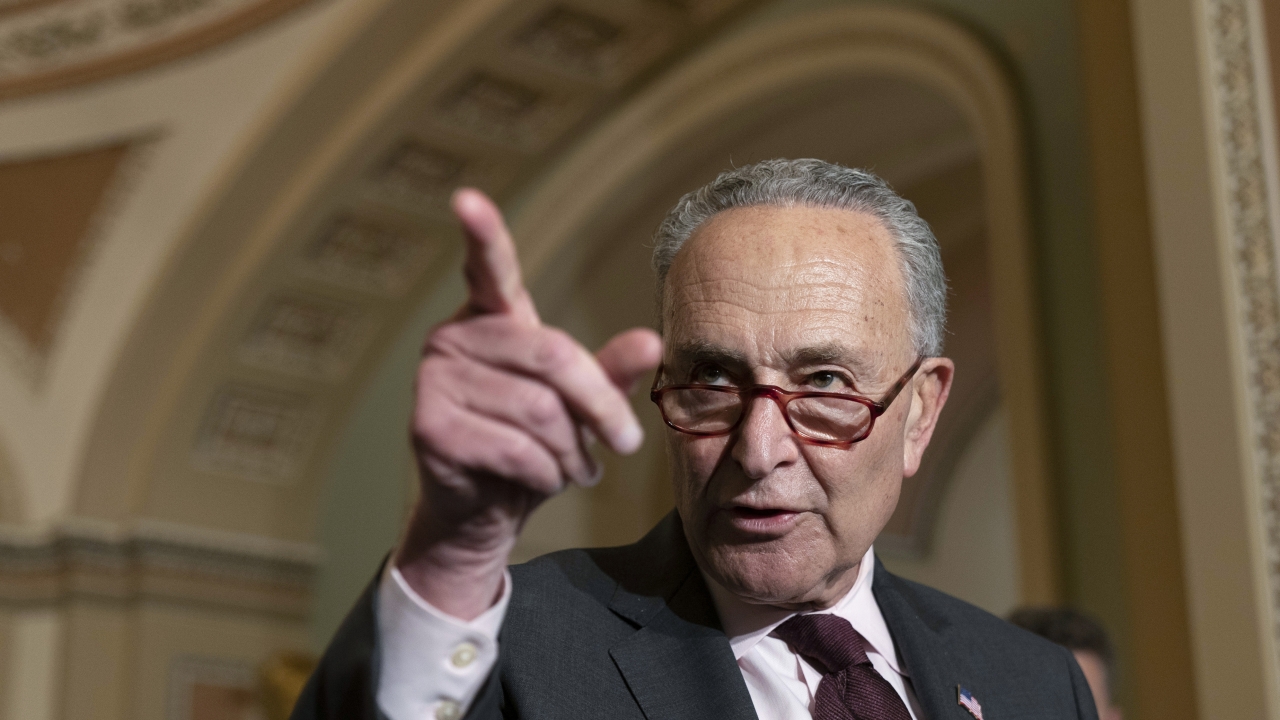 With a centerpiece of President Joe Biden's climate change strategy  all but dashed, Democratic lawmakers headed to the White House Tuesday searching for new ways to narrow, reshape and swiftly wrap up negotiations on what had been his sweeping $3.5 trillion budget plan.

Nearly 20 centrist and progressive lawmakers met in separate groups with President Biden as Democrats review a menu of alternative emission-reducing strategies — one of the most crucial issues for voters who support the president and his party — and race to reach accord on his overall package.

Among the climate-change-fighting proposals being considered are a tax on carbon dioxide emissions from fossil fuels such as oil and coal, a methane emissions fee and tax breaks for energy providers who hit certain emissions goals.

The Democrats need to find tactics that can be accepted by both centrists and progressives, whose votes are all needed in the evenly divided Senate. Senators want to reach a framework this week ahead of month-end deadlines.

President Biden's main climate-fighting plan seems all but dead. A key holdout, conservative Sen. Joe Manchin from coal-state West Virginia, has made it clear he opposes the president's proposal to have the government impose penalties on electric utilities that fail to meet clean energy benchmarks and provide financial rewards to those that do, in line with Biden's goal of achieving 80% “clean electricity” by 2030. The alternative strategies being compiled and assessed could align with Manchin’s stated goal of keeping a “fuel neutral” approach to federal policy that does not favor renewable energy sources over coal and natural gas that are dominant in his state — though the senator told reporters a carbon tax was not in the mix.

Tackling climate change has been a cornerstone of the president’s signature domestic policy package, a sweeping plan to bolster federal social services  while addressing the climate crisis  — all funded by tax hikes on corporations and the wealthiest individuals.

President Biden wants to show progress on his entire package, now being scaled back to about $2 trillion, by the time he departs for a global climate summit next week. And he’s not alone.

“There was universal -- universal -- agreement in that room that we have to come to an agreement and we got to get it done,” Senate Majority Leader Chuck Schumer said after a lengthy lunch at the Capitol that senators described as “lively” and “spirited.”

Failure to act on climate change would have far-reaching consequences in the U.S. and abroad. Advocates warn that inaction could cost the U.S. billions of dollars in weather-related disasters and threaten to uproot millions of Americans in hurricanes, wildfires, droughts and floods.

Without Manchin's support, however, President Biden's initial climate proposal, the Clean Energy Performance Plan — also called the Clean Energy Payment Plan — is almost certain to be eliminated from the package, lawmakers and aides say. It would offer grants to power companies that increase clean energy generation by 4% each year and fine those that do not.

“I’ve been told it would be prudent to plan alternatives,” said Sen. Sheldon Whitehouse, D-R.I.

Instead, lawmakers are eyeing a package of tax changes from Sen. Ron Wyden, D-Ore., the chairman of the Finance Committee, who has argued that the bulk of greenhouse gas emission cuts would come from an energy tax overhaul he is spearheading.

Among tax changes his committee is considering are tax credits for energy producers that reduce emissions, and pollution fees to be paid by industries for every ton of planet-warming carbon dioxide they emit. A carbon tax is seen by economists as the most effective way to cut fossil fuel emissions, and the American Petroleum Institute, the chief lobbying arm of the oil and gas industry, has endorsed the idea of a price on carbon emissions.

Psaki said that the administration has “multiple pathways” to meet President Biden’s pledge to cut carbon emissions in half by 2030.

“No one policy, in our view, makes or breaks our chances,” she said.

This is the daily backdrop as the president works to position the U.S. to regain a leadership position in climate change strategies, preparing to depart for the U.N. Climate Summit at the end of the month. President Biden's climate envoy John Kerry has warned against failure in Congress.

President Biden met for nearly two hours with the first group of lawmakers, progressives, who emerged confident a deal was within reach. Moderate lawmakers were meeting next.

Rep. Pramila Jayapal, D-Wash., chairwoman of the Congressional Progressive Caucus, said the first group and President Biden did not discuss a carbon tax. She said the climate pieces of the overall bill are among the “most challenging," but she also said the group feels “even more optimistic” about striking agreement on President Biden's priority package.

For months, Manchin has publicly and repeatedly rejected the size and scale of President Biden’s plan, and the coal-state senator has particularly objected to the green energy strategies.

He and other centrist lawmakers, including Democratic Sen. Kyrsten Sinema of Arizona, have forced President Biden to concede that the final price tag will likely be much smaller, likely around $2 trillion — largely paid for with higher taxes on corporations and the wealthy, those earning more than $400,000 per year.

Before the larger afternoon meetings, President Biden met Tuesday with both Manchin and Sinema at the White House, Psaki said.

As chairman of the Senate Energy and Natural Resources Committee, Manchin is testing the patience of his colleagues who see a once-in-a-generation opportunity to reshape government programs slipping away to his personal preferences. Sinema missed Tuesday's lunch, but has appeared more open to the climate change provisions, though her views are closely held. With Republicans fully opposed to President Biden’s plans, the president needs all Democrats in the 50-50 split Senate for passage.

Senators said they were confident Manchin and Sinema were on board with this week's goal to wrap up talks.

With time slipping, Congress has set an Oct. 31 deadline for passage of President Biden's big package — though even that could slide.