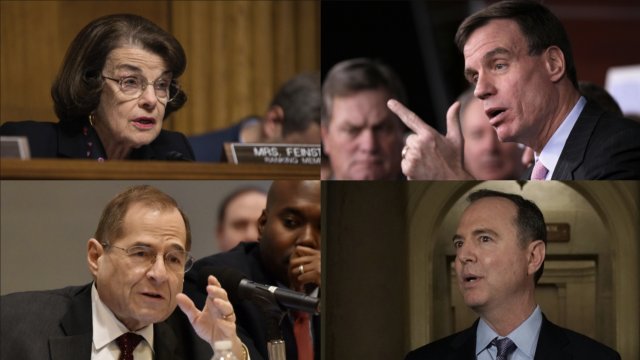 Top-ranking Democrats sent a letter to the FBI asking it to look into President Trump's possible connection to the founder of a Florida massage parlor chain.

The letter mentions public reports that Li "Cindy" Yang, the founder and former owner of several day spas, has met with the president several times.

It asks the FBI to investigate allegations that Yang offered certain clients "the opportunity to interact with the President," as well as allegations of human trafficking and campaign finance violations.

The lawmakers also asked officials to find out if anyone has used President Trump's Mar-a-Lago resort to offer foreigners "access to the President, those close to him, or other senior officials in exchange for money."

In February, New England Patriots owner Robert Kraft was charged with two counts of soliciting prostitution in connection with the Orchids of Asia Day Spa, which Yang used to own.

The Democrats asked for the FBI to answer their questions about the president by Thursday.