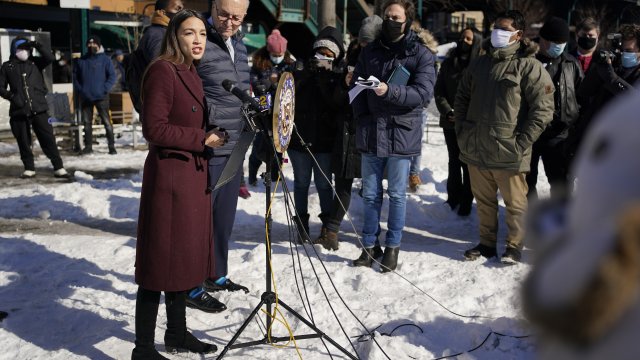 While the senate readies for the impeachment trial... Congress is trying to finalize details on a new COVID relief package.

Yesterday... they revealed a key part of the deal that aims to keep children out of poverty.

According to researchers at Columbia University... the whole relief plan could slash the child poverty rate to less than 7 percent this year.

Democrats say it's crucial to the country's recovery.

"We know that poor child, low-income children have disproportionately suffered the adverse impacts of the COVID-19 pandemic so this is a part of the continuing effort to be big and bold and our response" Said Rep. Hakeem Jeffries.

Rep. Hakeem Jeffries -- along with other Democrats -- say they want Republican support on the package -- but will move on the measure without it ... if they have to.