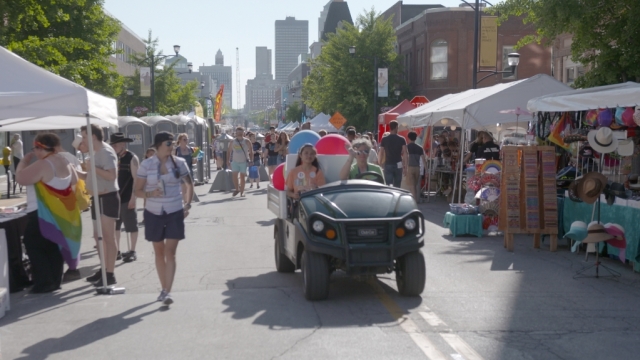 A handful of democratic presidential candidates were in Iowa over the weekend pitching policies aimed at LGBTQ Americans during pride month.

Part of that effort included a push pass the Equality Act, which was approved in the House earlier this year. The legislation would extend protections to LGBTQ Americans but has faced push back from Republicans. Newsy caught up with presidential hopeful Beto O’Rourke during one event.

"When we fail to investigate violence and murder against members of the trans community in this country, especially women of color in this country. When we don't guarantee that in rural America every child be treated equally and in school they're not going to be prevented from being able to use a bathroom of their choice. When we fail to do that we not only invite intolerance but increasingly hatred and violence against those same kids," presidential candidate Beto O'Rourke said.

Organizers say this was one of the largest turnouts for pride weekend since Capital City Pride’s first event 41 years ago. They hope their efforts can influence policy positions of 2020 candidates.

"Having the presidential candidates here just seemed intuitive since we are the first in terms of the Iowa caucuses. We open it up to the candidates, and they all seemed very interested and we managed to get eight for this one event," Dan Jansen, president of Capital City Pride, said.

The candidates will also attend an event hosted by Iowa Democrats where they will be given time to discuss their policy positions and goals for the country. It will be the one of the largest gatherings of democratic presidential hopefuls before the debates in late June.