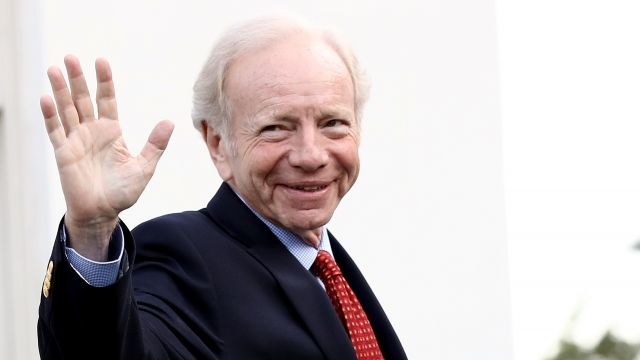 SMS
Trump's Rumored Pick For FBI Director Is A Former Democratic Senator
By Ethan Weston
By Ethan Weston
May 19, 2017
If he's nominated as FBI director, Joe Lieberman might not be able to rely on support from his former colleagues.
SHOW TRANSCRIPT

Former Democratic and Independent Sen. Joe Lieberman is rumored to be President Donald Trump's next pick to run the FBI.

But some Democrats might not be on board with confirming their former colleague. He has a history of going against the party grain.

Lieberman ran into trouble with more liberal Democrats in 2009 when he decided he wouldn't support a Medicare buy-in as a compromise "public option" in Obamacare. The final bill didn't have a public option.

Lieberman was also a major supporter of invading Iraq, which lost him a lot of Democratic support along the way.

More recently, Lieberman was a supporter of now-Secretary of Education Betsy DeVos during her confirmation hearing.

But some Democrats simply think he isn't qualified. Sen. Claire McCaskill said the country needs a law enforcement professional to run the FBI. Lieberman has no law enforcement experience.

He's still a pick from across the aisle, though, and that might be enough to get him confirmed, if he's nominated.