Democrats Consider Hiring Andrew McCabe So He Can Receive His Pension 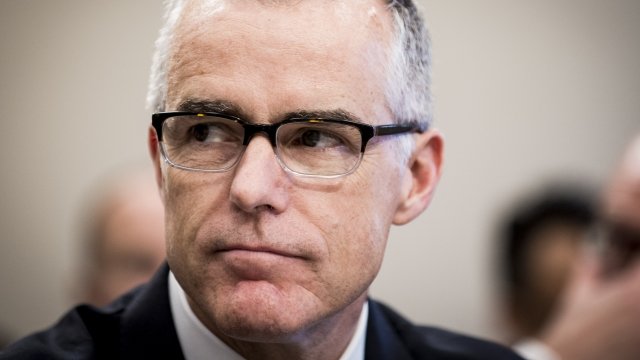 Former FBI Deputy Director Andrew McCabe could get his pension after all — at least if these two Democrats have anything to do with it.

It's not entirely clear if this would actually qualify McCabe to receive his pension, but one former federal official told The Washington Post it probably would.

McCabe was fired by U.S. Attorney General Jeff Sessions on Friday, less than two days before he was set to retire.