Democrats Wonder Why They're Losing Ground Across U.S. 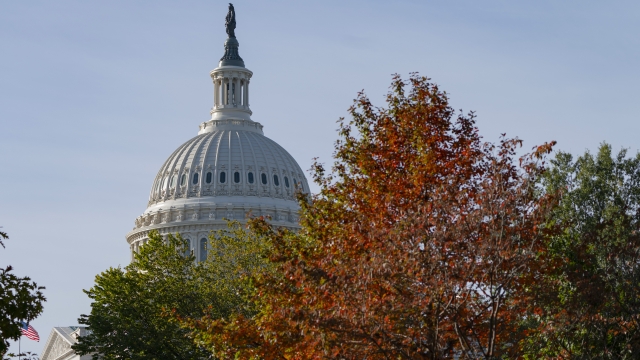 SMS
Democrats Wonder Why They're Losing Ground Across U.S.
By Andrew Rafferty
By Andrew Rafferty
November 3, 2021
The campaign arm of House Republicans is adding more than a dozen seats to its list of targets for 2022 – all are currently controlled by Democrats.

There are two governor races, each with exceptionally poor showings from the Democratic candidates. From New Jersey to Virginia where Republican Glenn Youngkin won, despite President Biden carrying the vote by 10 points just one year ago.

"The challenge of overcoming a culture where the state overwhelms self-empowerment is all too common," Youngkin said. "For too long, we've been expected to shelve our dreams, to shelve our hope to settle for low expectations."

Democrats are now wondering what went wrong? Is it because their national agenda is too liberal? Is their message too focused on former President Donald Trump? Or is it because they can't agree on whether to support President Biden's spending priorities?

"Look, congressional Dems hurt Terry McAuliffe," Sen. Tim Kaine said. "I mean, I'm going to be blunt. It's humbling to say it, but if we had been able to deliver infrastructure reconciliation in mid-October, he could have sold universal pre-K, affordable childcare infrastructure, creating jobs, and you know what? We're going to get both of these bills."

The president's Democratic allies in Congress are clearly in support of the idea, hoping to pass his social spending bill and move on to other issues.

Three quarters of Virginia voters said drawn-out negotiations in Washington were an important factor in their vote. Those voters said they were more likely to back the Republican, Youngkin. That's according to an AP votecast survey.

"Congress has to deliver windows closing," Sen. Richard Blumenthal said. "We have no more time. We need to get it done. And as one who will be running for re-election in 2022, I need results that I can show the American people that Congress can deliver."

Now, Republicans are poised to pounce. They're emboldened by their performance among voters concerned about the economy and education.

"The Republican party will be the party of education," Rep. Kevin McCarthy said.

The campaign arm of House Republicans is adding more than a dozen seats to its list of targets for 2022 – all of them, currently controlled by Democrats. They now believe they're in play.

"If you're a Democrat and President Biden won your seat by 16 points, you're in a competitive race next year," McCarthy said. "You are no longer safe."