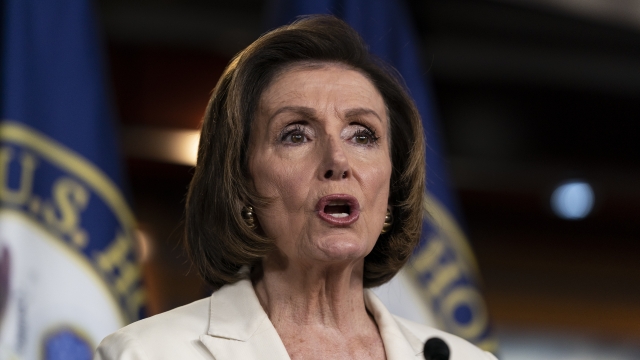 SMS
Democrats Launch Select Committee To Investigate Capitol Riot
By Newsy Staff
By Newsy Staff
June 24, 2021
House Speaker Nancy Pelosi said there's no timetable and the investigation will go on as long as it takes to find the truth behind the insurrection.
SHOW TRANSCRIPT

House Speaker Nancy Pelosi announced the launch of a select committee to investigate the insurrection at the Capitol.

On January 6, a mob of supporters of Donald Trump stormed the building, leaving extensive damage. The riot led to five deaths.

Pelosi says this panel will "investigate and report on the facts and the causes of the attack and it will report recommendations for the prevention of any future attack."

There's also no timetable. She says the investigation will go on as long as it takes to discover what she called the truth behind the riot.

"The select committee is about our democracy and ensuring that the Capitol dome remain a symbol of freedom about preserving America's role as an emblem of resilience, determination and hope," she said. "That is our purpose. That is what the committee will be about and that is about seeking and finding the truth."

Republicans will surely criticize this as partisan as Democrats will take the lead.