Group Of Dems Push To Reauthorize Violence Against Women Act 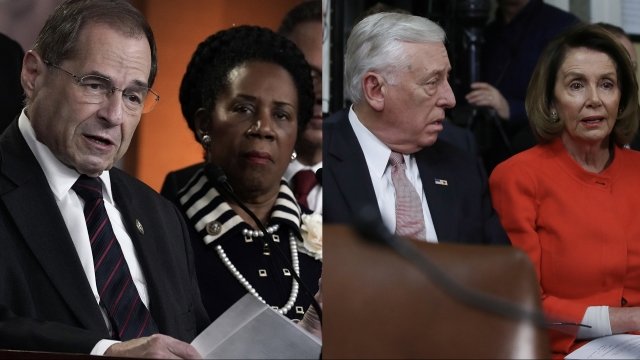 By Stephanie Liebergen
July 26, 2018
The Violence Against Women Act became law in 1994, and it's been reauthorized multiple times since.
SHOW TRANSCRIPT

A group of Democrats is trying to make sure a law focused on combating sexual assault and domestic violence doesn't expire.

The Violence Against Women Act became law in 1994, and it's been reauthorized multiple times since.

Reps. Jerrold Nadler, Sheila Jackson Lee, Steny Hoyer and Nancy Pelosi introduced a bill to keep the law's protections for women going. It also proposes some changes, like improving services for victims and protecting the Justice Department's Office on Violence Against Women.

Currently, the House is on break until September, which gives lawmakers just a few weeks to pass reauthorization legislation before the current bill expires Sept. 30.