Democrats Demand Mueller's Full Report Be Released To The Public 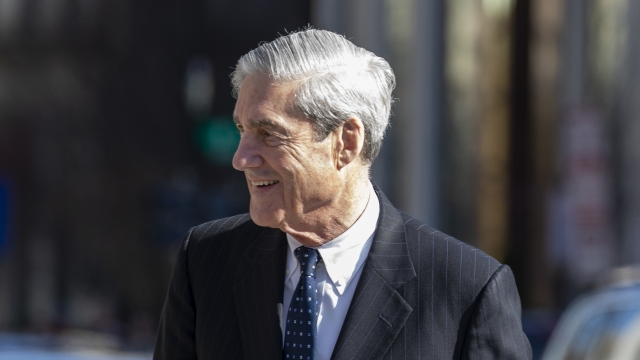 Many Democratic lawmakers called for the full findings of special counsel Robert Mueller's investigation to be made public Sunday after Attorney General William Barr released a four-page summary of the report.

"Let's speak truth that the American public deserves transparency and accountability, and the Mueller report must be made public for a full accounting of what happened," U.S. Sen. Kamala Harris said.

"The entire unfiltered report as well as the evidence underlying that report must be made available to Congress and the American people," U.S. Rep. Jerry Nadler said.

Rep. Jerry Nadler, who's the chairman of the House Judiciary Committee, also said the panel will call on Barr to testify "in the near future."

Other Democrats questioned Barr's ability to be objective in this case."I've read the letter, which I think it's important to remind people, was written by Attorney General Barr, a political appointee of the president," U.S. Rep. Denny Heck said.

"There was no collusion with Russia. There was no obstruction. And none whatsoever. And it was a complete and total exoneration," the president told reporters Sunday.

That's half-true. According to Barr's summary, Mueller and his team didn't find that the Trump campaign conspired with Russia during the 2016 election. But regarding possible obstruction, Barr wrote that while Mueller's investigation didn't conclude President Trump committed a crime, it also "does not exonerate him."

Barr went on to write that he and Deputy Attorney General Rod Rosenstein separately determined that the evidence Mueller's team gathered "is not sufficient to establish that the president committed an obstruction-of-justice offense."

Barr did say his goal is to release as much of Mueller's report to the public as he can. But when exactly that will happen is still unclear. Barr wrote that he's already requested Mueller's help with removing secret grand jury material from the report. Per regulations, Barr said he'll also need to scrub any information that is relevant to ongoing investigations.