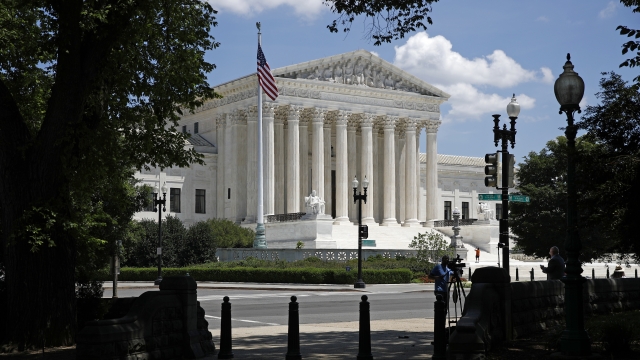 President Trump and Senate Majority Leader Mitch McConnell have made no secret of their intent to quickly nominate a successor for Supreme Court Justice Ruth Bader Ginsburg. And Democrats promptly dished out criticism on the interview circuit Sunday.

Former President Bill Clinton, who nominated Ginsburg, called the move a "power play" in an interview with CNN.

"Their first value is power and they're trying to jam the court with as many ideological judges as they can," he said. "It's going to further spread cynicism in our system."

Democrats have called on Republicans to follow their own precedent set in 2016 — halting Supreme Court nominations in an election year.

When asked on Fox News whether that's hypocritical, Sen. Tom Cotton said Republicans have a "clear mandate" to replace Ginsburg.

“The Senate majority is performing our constitutional duty and fulfilling the mandate that the voters gave us in 2016 and especially in 2018,” Cotton said.

In an interview with ABC, Nancy Pelosi said the government's main focus should be on the election and the coronavirus pandemic. She added Democrats have "options" to block the nomination.

"We have arrows in our quiver that I'm not about to discuss right now but the fact is we have a big challenge in our country," said Pelosi.

Fifty-one votes are needed to confirm a new justice. Sen. Ted Cruz told ABC News he's not sure whether Republicans currently have the votes to solidify the confirmation of President Trump's would-be nominee, but he's optimistic.

“I don’t know the answer to that. I believe we will," Cruz said. "I think it is particularly important that the Senate take it up and confirm this nomination before the election.”

Two Republicans have said they don't believe a nominee should be named until after the election. Sen. Susan Collins of Maine and Sen. Lisa Murkowski of Alaska would make up two of the three Republican votes Democrats would need to block the nomination.