Democrats Could Take Back The Senate Majority, Thanks To Trump 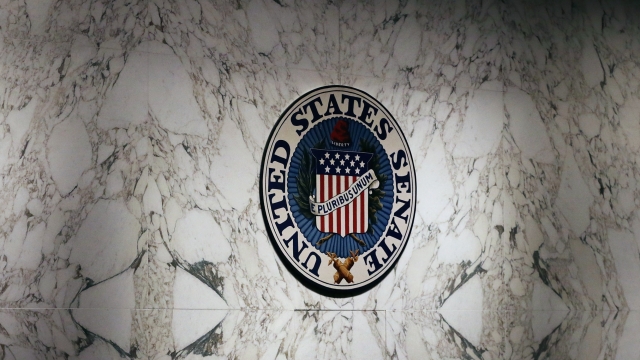 The Democratic Party could take back the Senate in two weeks. And if a new report is right, liberals can thank Donald Trump's unconventional campaign.

An analyst for the Cook Political Report wrote Tuesday the group expects Democrats to pick up between five and seven Senate seats this November.

The party needs four or five seats to take control, depending on who becomes president.

The nonpartisan group previously predicted the party would only gain between four and six seats.

But that all changed after the release of a video featuring Trump and some very degrading comments about women.

As Cook put it, "Things started to unravel, albeit slowly. ... Since the release of the 'Access Hollywood' tape, Senate Republicans have seen their fortunes dip, particularly in states like Florida, North Carolina, New Hampshire, Nevada and Pennsylvania, where Clinton has established a lead."

And there's not much time left for Republicans to turn things around.

Early voting has already started in many states. And Republicans have been seeing their numbers sink in polls across the country.

But, as the Los Angeles Times notes, a few Republican senators who haven't hitched their wagons to the Trump campaign could keep their seats.

As the outlet notes, "Senators like Rob Portman in Ohio and Charles E. Grassley in Iowa have been campaigning like big-city mayors, focusing on local issues and polishing their own brands." In all, 24 Republican senators and 10 Democratic senators are up for re-election Nov. 8.