The Mueller Report Is Done. What Happens Next? 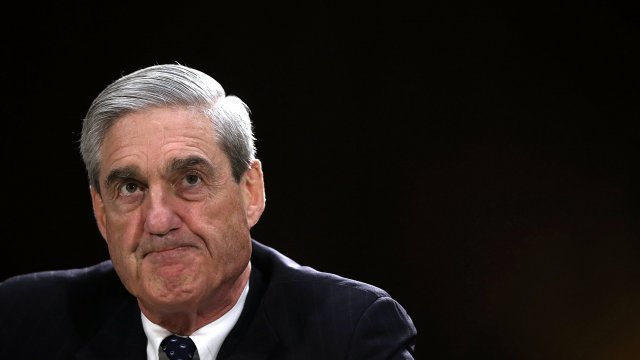 The end of special counsel Robert Mueller's investigation has started a new battle over how much of it should be made public. While President Trump claims the report has fully exonerated him, Democrats say not so fast — making it clear that they'll do whatever they can to access it.

U.S. Rep. Adam Schiff laid out the Democrats' strategy for how they plan to compel Attorney General William Barr to release the full report if he is not forthcoming.

"Make the request. If the request is denied, subpoena," said U.S. Rep. Adam Schiff. "If subpoenas are denied, we'll haul people before the Congress and yes, we will prosecute in court."

The issue is not shaping up to be completely partisan, though. Republicans say they want to hear from Barr. Senate Judiciary Chair Lindsey Graham said he believes the public should see "as much of the report as possible," but then said some of it may be covered by executive privilege.

White House press secretary Sarah Sanders said President Trump will be "more than happy" to release the full report, but acknowledged that certain conditions could get in the way of that, adding a potential obstacle to the public seeing it.

In Barr's summary to Congress, he wrote his "goal and intent" is to release as much information publicly as possible. But he added, "the schedule for processing the report depends in part on how quickly the [Justice] Department can identify the 6(e) material that by law cannot be made public." So it's unclear how long it might take for Congress and the public to see the report in its entirety, if at all.

Congress tried to address the public release of the report before the investigation was completed. While the House voted unanimously to hand over all of the details to Congress, Republicans in the Senate eventually blocked the measure.

Meanwhile, other investigations into the president are still ongoing. Federal prosecutors are looking into President Trump's inaugural committee, the Trump Organization and allegations made by former Trump attorney Michael Cohen regarding obstruction.